Continued financial support has been assured for micro, small and medium-scale enterprises (MSMEs) producing locally made products all over the country under a bill filed in the Senate.

Filed by Sen. Grace Poe, Senate Bill (SB) 2049, to be known as “An Act Establishing the Suporta Para sa Produktong Pilipino Program,” the bill provides a minimum P10,000 outright grant to MSMEs, which primarily operates within the city or municipality.

Citing the 1987 Constitution, Poe pointed out social justice could not be achieved without the creation of new economic opportunities in the countryside, particularly in far-flung and isolated areas.

“The state recognizes that social justice cannot be achieved without the creation of economic opportunities and the development of businesses and enterprises in the countryside, particularly in far-flung and geographically isolated and disadvantaged areas,” Poe’s bill stated.

Once enacted into law, it mandates the government to put up a trust fund with a P50-million seed capital, the disbursement of which will be administered by the Department of Trade and Industry (DTI).

Poe proposes to “institutionalize the stimulus program” of the government for MSMEs by tapping all cities and municipalities to promote a particular product or finished good which is an established, associated and well-known product of their jurisdiction.”

SB 2049 provides that, in order to be eligible for the said program, businesses and enterprises must first provide documentary evidence attesting they have been operating within the concerned city or municipality for at least three years and have been producing the identified finished good for the same period.

Moreover, Poe’s bill further provides that no business or enterprise shall avail themselves of such benefit more than once a year.

The remedial legislation will also mandate the DTI to put up regular trade fairs and bazaars where the eligible businesses and enterprises covered by the proposed law can promote their finished goods to potential investors, as well as consumers.

“This bill aims to breathe life into the Constitutional provisions by establishing a Suporta Para sa Produktong Pilipino Program,  Poe said, referring to the declared state policy to establish programs that will provide financial incentives for local enterprises in the country.

The senator pointed out that “the concept of social justice is imbued throughout the 1987 Constitution, noting that, “in fact, an entire article is dedicated to the elaboration of this concept.” 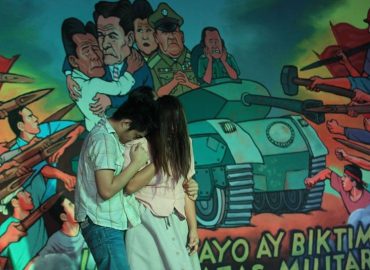 ‘Stimulus, not herd immunity or vaccine, key to recovery’