Image Credit to Philippine Star (As seen from the same article)

SENATORS on Tuesday opposed the proposal of House Speaker Gloria M. Arroyo for the Philippines to withdraw membership from the Inter-Parliamentary Union (IPU) after the international body intended to investigate the respective situations of detained Senator Leila M. De Lima and Senator Antonio F. Trillanes IV.

In separate statements, the senators sid cutting ties with the IPU would “acknowledge” that critical lawmakers are being persecuted by the Duterte administration.

Senator Panfilo M. Lacson said the proposal was also “premature” given that the IPU has yet to act on its Human Rights Committee’s recommendation. He also noted that the recent Makati court decision on Mr. Trillanes’s case has shown proof that the judicial process works in the country.

“Speaker Arroyo’s recommendation is based on the wrong premise. The IPU has yet to act on its Human Rights Committee’s recommendation to the IPU Governing Council. Having said that, it is premature, if at all, to denounce the IPU as a whole much less withdraw membership from the body,” he said in a statement.

In her statement, Senator Risa N. Hontiveros-Baraquel said, “If this goes on, the way it’s going, the Philippines will soon run out of intergovernmental bodies that it can be part of. First, we withdrew our membership in the International Criminal Court (ICC). Now, this. What’s next, we withdraw from the International Labor Organization (ILO), the Association of Southeast Asian Nations (ASEAN), or even the United Nations (UN)?”

However, Senate President Vicente C. Sotto III said he was “inclined to concur” with Ms. Arroyo’s proposal but reconsidered his position on the matter. He said the IPU human rights committee should be reminded that the Philippines has a working judicial process.

“With all due respect to my fellow parliamentarians, I’m just wondering, how on earth can they think they can meddle with a member-country’s judicial process?” he said in a statement.

“Our delegation expressly requested copies of the minutes of proceedings as well as any draft text of resolution, “ Mr. Salo, who is part of the Philippine delegation to the 139th IPU Assembly, said in a statement.

“Members of our delegation personally expressed their desire to participate in the meeting held yesterday to afford the Committee the chance to hear their side but were denied this opportunity,” he added. 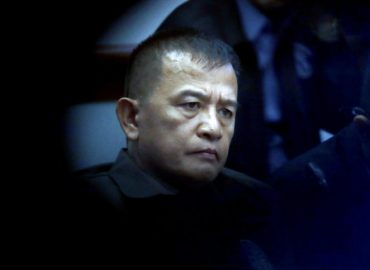