For President Rodrigo Duterte, the “filthy” and “vulgar” video on federalism posted by Assistant Secretary for Presidential Communications Mocha Uson on her blog is no big deal, Malacañang said on Tuesday.

Presidential spokesperson Harry Roque told reporters that the President had been shown the video and he appeared “very cool” about it.

Roque said the video was among the matters discussed in a “private talk” among the President, Cabinet Secretary Salvador Medialdea, Finance Secretary Carlos Dominguez, Budget Secretary Benjamin Diokno and himself on Monday.

“The President was very cool about it,” Roque said. “He’s first and foremost a believer of freedom of expression . . . To him, it was not really a big thing.”

But what the President saw, Roque said, was not what he wanted in the promotion of federalism.

He said the President wanted something “more serious” and a “more rational approach” to the dissemination of information about federalism.

For the President, the video posted by Uson on her blog was “unconventional,” Roque said.

“Pepe” and “dede” are vernacular terms for “vagina” and “breasts.”

He endorsed Uson’s inclusion in the government’s information team for federalism on Friday.

But after seeing the video, Pimentel said the sexy-dancer-turned-Malacañang-official should be “kept away from federalism.”

Sen. Nancy Binay, who earlier suggested that Uson “educate” the senators on the merits of federalism, was disappointed.

The video, Binay said, downgraded the federalism discourse to the “lowest of forms.”

“She symbolizes those in favor of federalism,” he said.

Even administration allies in the House of Representatives savaged the video.

Bicol Rep. Rodel Batocabe said that “instead of achieving its purpose,” Uson’s video “produced a different interpretation and highlighted nothing but private body parts.”

Roque had no comment about the video. He said it was up to Uson to answer calls for her to apologize and delete the video from her blog.

Roque said that instead of grumbling about the video, critics should file complaints and the Presidential Management Staff would deal with them.

“File the complaints and it will be investigated,” he said.

Press Secretary Martin Andanar said on Monday that Uson was not a spokesperson for federalism information campaign.

Assistant Interior Secretary Epimaco Densing III said on Tuesday that the video had “damaged” the campaign, but “we need to move forward.”

Densing challenged the critics of the proposed shift to federalism to a public debate and raise the discussion to a “higher level.”

Uson’s video may have also inflicted damage to her own office.

In the House on Tuesday, there was talk of slashing the proposed P1.4-billion budget of the Presidential Communications Operations Office (PCOO) for office for next year.

Akbayan Rep. Tom Villarin told a news briefing that it would be more prudent for the government to funnel public funds for the implementation of the reproductive health law instead of financing a state agency that “doesn’t promote the good of the Filipino people.”

Villarin noted that Uson was being paid nearly P1.9 million in annual salary as one of the seven assistant secretaries at the PCOO.

“This is how much we are paying Mocha Uson who reduced the Office of the President into a cabaret or a comedy bar,” Villarin said.

“It’s not amusing,” he said. “For almost close to two years, Mocha Uson’s blunders are reflective of why we have these problems with regard to the government communicating effectively its messages.”

“We need to take a serious look into these issues. Why are we funding a presidential office that doesn’t promote the good of the Filipino, but has rather degraded . . . the Filipino values?” he said. —With reports from Julie M. Aurelio, Catherine Gonzles and Marlon Ramos 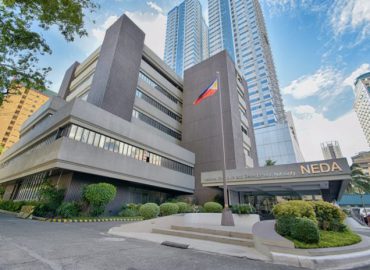