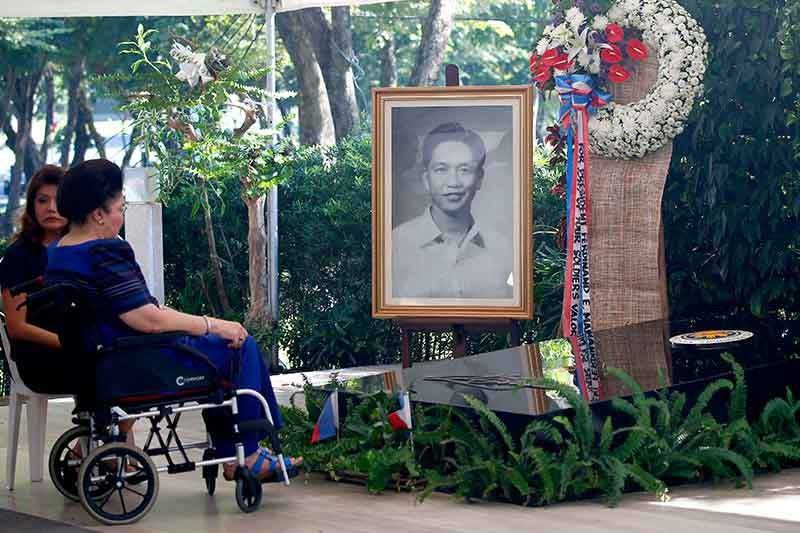 MANILA, Philippines — More than 30 years since its filing, a civil forfeiture case that demands P102 billion in moral and exemplary damages from the Marcos family and their cronies was junked by the anti-graft court Sandiganbayan due to insufficiency of evidence.

“Plaintiff (Philippine government) miserably failed to adduce evidence to hold defendants Ferdinand E. Marcos and Imelda R. Marcos liable under any of the causes of action set out in the amended complaint,” the court’s Second Division said in its 67-page decision promulgated on Aug. 5.

“It saddens the Court that it took more than 30 years before this case is submitted for decision and yet, the prosecution failed to present sufficient evidence to sustain any of the causes of action against the remaining defendants,” it added.

Filed by the Presidential Commission on Good Government (PCGG) on July 31, 1987, the forfeiture case stemmed from the alleged grant of excessive loans to several firms, particularly the shipping companies owned by the late ambassador to Japan, Roberto Benedicto, during the late dictator Ferdinand Marcos’ martial law regime.

The PCGG alleged that Benedicto’s companies and dummies secured unlawful deals from the state such as disadvantageous loans from Development Bank of the Philippines (DBP), exemption from paying taxes and condonation of his multimillion-peso corporate debts.

The PCGG, however, did not specify in its complaint the total amount of public funds it seeks to recover or to be forfeited from Benedicto and the Marcoses, but asks for at least P102 billion in moral and exemplary damages as well as actual, temperate and nominal damages in sums left at the discretion of the court.

Benedicto died on May 15, 2000, but his estate continued representing him in court.

In a ruling promulgated in November last year, however, the Second Division dropped Benedicto’s estate in the forfeiture case, citing the finality of judgement by the Supreme Court upholding the validity of a compromise agreement that the PCGG entered with Benedicto on Nov. 3, 1990.

Benedicto also agreed to the government’s takeover of his rights over IBC-13 and several provincial radio stations amounting to P3.074 billion, as well as his three parcels of land in Bataan in the name of Piedras Petroleum Corp., with a combined value of P70.016 million.

In dismissing the case against the remaining defendants, the Second Division said the PCGG failed to present any relevant documentary evidence to hold the Marcoses and their cronies accountable.

The Second Division said the prosecution even failed to present their key witnesses during the trial to authenticate their affidavits.

Policies for SMEs to protect their business