IF the government wants to improve telecommunication activities in the country and encourage more players, it may do well to consider removing the need to secure legislative franchises prior to operation, according to a study released by the Philippine Institute for Development Studies (PIDS).

Barcenas said along with legislative franchises, the government should also remove the requirement of securing a certificate of public convenience and necessity among other permits and licenses to telecommunication firms.

Barcenas said apart from these permits and licenses, other hindrances to the entry of more telecommunication players includes the provisions of the 1987 Philippine Constitution.

The Constitution limits the investment in these industries to only Filipino nationals, particularly in terms of the practice of these professions such as those needed in ICT services.

“These provisions restrain the entry of foreign capital, technology, and skilled human resource that, together with the use of local resources, could be equally harnessed to spur ICT development,” Barcenas said.

Meanwhile, the author suggested that policy-makers revisit and rethink the scope of power of the Department of Information and Communications Technology (DICT).

Barcenas said the law establishing the DICT has “insufficient guidance on the scope of the agency’s authority.’” She said some of the functions of the DICT overlap or are incompatible with those of other departments.

For instance, the Department of Trade and Industry (DTI) still governs the promotion of trade and investments on e-commerce, the improvement of ICT skills of the labor force, and network security and connectivity.

The DICT has absorbed some of the functions of the Postal Regulation Division, which regulates courier delivery services. However, these delivery services include online payments, which may properly be under the jurisdiction of the Bangko Sentral ng Pilipinas.

To address these challenges, the author urged the government to further strengthen the DICT’s role in ICT matters by defining the extent of its functions, and clarify the role of DTI in promoting e-commerce.

Barcenas likewise proposed an assessment of the adaptive capacity of the present regulatory structure, and to consider establishing a single ICT regulator that has authority on all ICT matters, including the power to regulate industries normally handled by other regulatory authorities, and the authority to interpret ICT-related issues for the guidance of other regulators.

Established in 2015, the DICT is a government agency tasked to develop policies and plans for ICT development in the country. It exercises broad powers over telecommunications and broadcasting, data privacy, consumer protection, and the promotion of trade and investment in ICT and ICT-ES.

Among its attached agencies are the National Telecommunications Commission, the National Privacy Commission and the Cybercrime Investigation and Coordination Center. 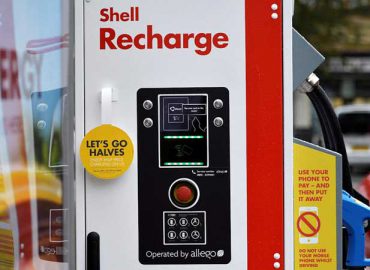