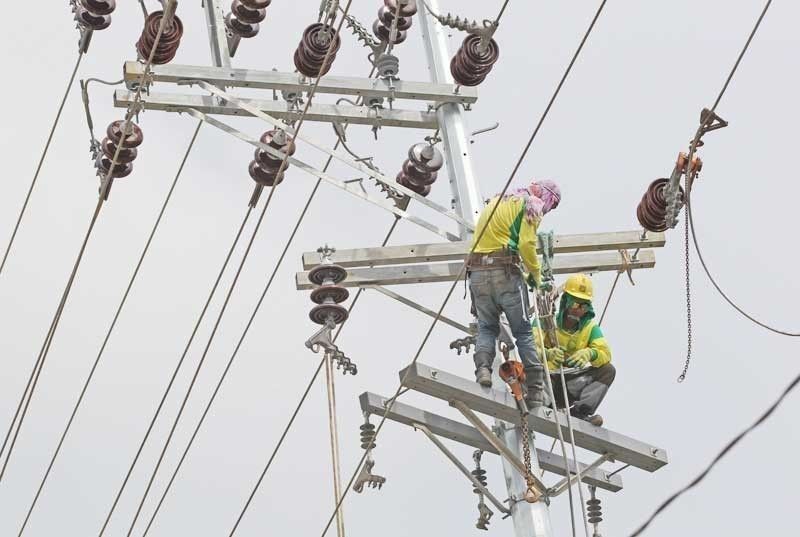 Duterte also signed laws mandating the full and equal distribution to workers of the service charge collected by hotels and restaurants, and creating the Philippine Space Agency.

Signed on Aug. 8, Republic Act 11371 or the Murang Kuryente Act allocates a portion of the national government’s share from the Malampaya
Natural Gas Project for the payment of stranded debts and contract costs, both billed under universal charges.

The law recognizes the state’s policy to protect public interest by ensuring reliable, secure and affordable supply of power to consumers.

It mandates the government to implement policies and programs that will ensure transparent and reasonable prices of electricity to consumers by minimizing the universal charge.

The stranded cost refers to any unpaid financial obligations of the National Power Corp., which have not been liquidated by the proceeds from sales and the privatization of NPC assets.

Duterte also signed RA 11361 ensuring continuous and uninterrupted power transmission and distribution and protection of the integrity and reliability of power lines.

The Anti-Obstruction of Power Lines Act provides that the conveyance of electricity is a matter of national security and essential to sustaining the country’s economic development.

The law also acknowledged the role of property owners in ensuring that power lines remain free of any dangerous and hazardous activities and improvements.

Sen. Sherwin Gatchalian welcomed the signing of the Murang Kuryente Act, saying it is a major victory for Filipino consumers toward achieving affordable power rates.

Gatchalian thanked Duterte for signing the law, which stops a policy that passes on to consumers the burden of paying the universal charge.

With the signing of the law, families that consume 200 kilowatt-hours per month can expect their power bills to be lower by P172.

Duterte signed on Aug. 7 RA 11360 or the Service Charge Law, which mandates that all service charges collected by hotels, restaurants and similar establishments should be distributed completely and equally among the covered workers except managers.
The new law amends Article 96 of the Labor Code, which provides that only 85 percent of the collected service charges should be distributed to workers, while 15 percent should be retained by management.
In the event that the minimum wage is increased by law, the service charges paid to the covered employees should not be considered in determining the employer’s compliance with the wage order.

The amended provision established a grievance mechanism to facilitate resolution of any dispute between the management and employees on the distribution of the service charge.
If no grievance mechanism is established or if such mechanism is found inadequate, the issue should be referred to the labor department’s regional office.
The amended provision should not diminish existing benefits under present laws, company policies and collective bargaining agreements.

Sen. Joel Villanueva described the Service Charge Law as a fulfillment of a four-decade struggle to distribute the fee collected from consumers in the hospitality industry.

Villanueva thanked the government for putting an end to the struggle of workers in the service industry.

He said for over 40 years the workers have been pushing for the full distribution among them of the service charge collected in restaurants, hotels and similar establishments.

“The law allows our frontline service workers to enjoy the fruits of their labor, the reward for providing good, quality service,” Villanueva said.

The law, signed on Aug. 8, seeks to launch a space program in the wake of the global celebration of the 50th anniversary of the Apollo 11 moon landing on July 20, 1969.

The PhilSA will be the main agency to handle issues and activities related to space science and technology applications.

The Philippine Space Policy will be the country’s primary strategic roadmap for space development and embody the country’s central goal of becoming a space-capable and space-faring nation within the next decade.

Duterte also signed RA 11370 declaring Sept. 8 of every year a nationwide special working holiday to commemorate the birthday of the Blessed Virgin Mary. 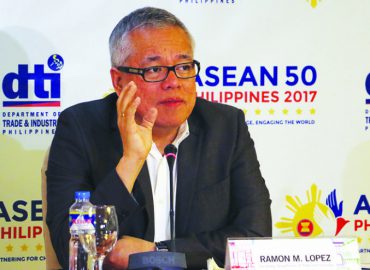 Lopez: No direct damage from US-China trade row, but protraction to hurt all

Bill lowering age of criminal liability up for House OK