Malacañang released to reporters on Tuesday a copy of Republic Act No. 11239, “An act abolishing the Road Board and providing for the disposition of the motor vehicle user’s charge collections…” which Mr. Duterte signed on March 8.

The new law requires “all monies collected under this Act (to be) remitted to the National Treasury under a special account in the General Fund to be earmarked solely for the construction, upgrading, repair, and rehabilitation of roads, bridges, and road drainage to be included in the Annual Appropriations Act.”

The law repeals the act that created the Road Board, RA 8794.

The secretaries of the Department of Budget and Management (DBM), the Department of Public Works and Highways (DPWH), and the Department of Transportation (DoTr) are tasked, under the law, to jointly, within 30 days from its effectivity, “promulgate the rules and regulations to implement and carry out the intent, objectives, purposes, and provisions” of the law.

The law instructs the DPWH to absorb, “as needed,” the employees of the secretariat of the abolished agency, “without diminution of their salaries and other benefits.”

Employees who are separated from the service as a result of the abolition of the agency and its secretariat “shall receive separation benefits.”

The law also gives the DPWH to take on “all the rights and assume all the obligations and liabilities of the Road Board, and all its records, property, assets, equipment, and funds.”

Unexpended appropriations or allocations shall also be transferred to the DPWH.

The new law takes effect 15 days after its publication in the Official Gazette or in a newspaper of general circulation.

The Senate passed Senate Bill 1620, which sought the abolition of the agency, in February. The House of Representatives approved the counterpart House Bill 7436 in May 2018.

The Senate adopted the House version on Sept. 12, but later on the same day, the House of Representatives rescinded the bill’s approval.

The Road Board, under RA 8794, is tasked to manage the funds collected from the motor vehicle user’s charge, which is used for road maintenance and drainage, installation of traffic lights and road safety devices, and for air pollution control. However, the agency has been beset by corruption allegations. — Arjay L. Balinbin 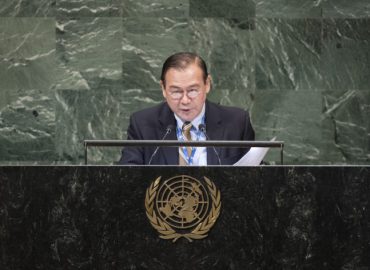 MMDA imposes deadline on removal of ‘obstructions’ on QC footbridge