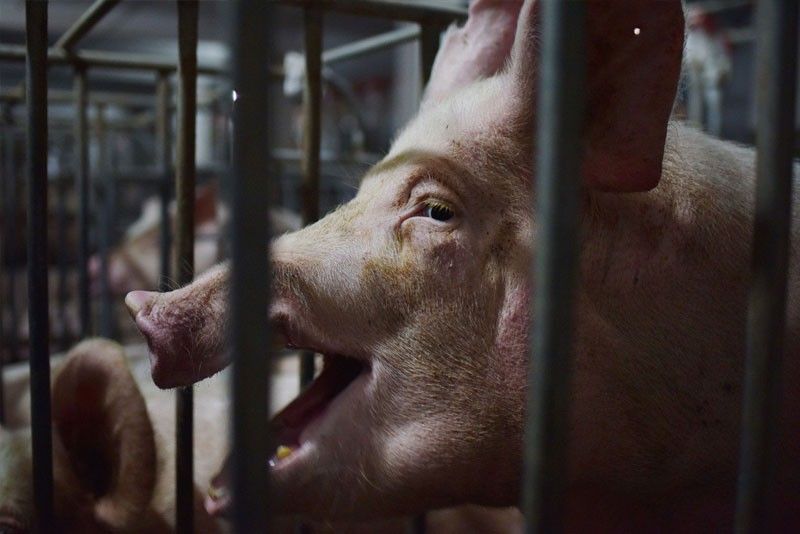 MANILA, Philippines — The government’s continued lack of transparency on the real deal with the African swine fever (ASF) might just worsen the current situation.

In an interview with “The Chiefs” aired on Cignal TV’s One News, international non-profit organization World Animal Protection warned the Department of Agriculture (DA) to be more open in disclosing information on the status of the deadly disease.

“At this point, hiding the fact that there might be more incidents or not being forthcoming in our own limitation will actually create a worse situation for all of us,” World Animal Protection global program director for farming Mark Dia said.

“I think what’s missing at this stage is more transparency on what the situation is. People are confused, fearful and a lot of them are still thinking that this is going to affect them as human beings,” Dia added.

The DA is not exactly giving the necessary details concerning the ASF case, particularly on the areas involved and the exact number of hogs being culled, he said.

Unlike China, other countries that are currently infected by the ASF are fully disclosing information. South Korea, for one, has an almost daily update on the status of the disease.

Dia maintained that there is a need for a collaborative approach with stakeholders, transparency and providing the appropriate timely information.

“This will affect the economy and just like in places like China, this is now a national concern,” he said.

China is the largest producer of pigs as half of the world’s herd is there, and the economic giant is now losing about 44 percent of its hog population, prompting world market prices to shoot up.

“This is a very persistent disease and the virus can survive for a very long time in various mediums. Globally, at least 200 million pigs might be culled by the end of the year,” Dia said.

In the Philippines, data from the DA showed that only 15,000 pigs have either died or culled.

Based on current reports, Dia maintained that the Philippines is not well-prepared to handle the ASF.

“This disease has been ravaging many parts of Asia since last year and there is the certain level of inevitability that it will be spreading across Asia,” he said.

“And we can see that we are not prepared, and we will just exacerbate the situation,” he added.

As an example, Dia cited Lithuania, a relatively small country with just half a million pigs in the commercial sector and 40,000 in the backyard sector, whose first incident was in the wild pig population and eventually jumped into their farms.

“What they did (was) they locked down the farm, nobody goes in and out and the processing stops. They coordinated with the police for the control movement of people and materials in and out of the farm. And they acted very quickly,” he said.

“They immediately informed the EU (European Union) that they have an outbreak, so there is full transparency. And it is important to have proper coordination with local authorities, and those areas should be predetermined as much as possible, and if an outbreak is happening and there is culling going on, various agencies should be involved,” he added.

The DA has recently reported another case of ASF in an unnamed barangay in Antipolo, bringing to 12 the total number of sites that tested positive for the virus.

It was the second area in Antipolo and the 12th nationwide to test positive for the ASF.

Meanwhile, consumers may have a hard time figuring out the rise and fall of pork prices in the market, especially with the coming holiday season as the country battles with ASF.

The Meat Importers and Traders Association (MITA) said it is quite hard to determine when supply will run out or when prices will start skyrocketing amid the increasing number of cases of the ASF in the country, especially in Luzon.

“We don’t know when this is going to happen (as) we don’t know the actual situation because we don’t have the data. We are just speculating,” MITA president Jess Cham told reporters.

“The government may have its reason, but on our part, on the part of the other people, you work with what you have. Transparency costs consumers’ confidence,” he added.

Cham emphasized that with the ASF, the worst possible scenario is that businesses will soon liquidate and prices are going to drop just like what happened in other countries like China.