THE Philippines is due for only one more rate cut for this year, an international research group predicted on Wednesday, as it described the current leadership in the Bangko Sentral ng Pilipinas (BSP) as a “pro-growth” thinker.

Fitch Solutions, the research arm of the Fitch Group, said the BSP will likely pull off another 25-basis-point cut in September as the country’s economic growth and global markets give it scope to further ease their monetary settings.

The BSP in May cut its main policy rate by 25 basis points on the back of easing inflationary pressures.

“We see scope for a further cut as early as September, given the economic and global market backdrop provides some room for further easing.

New BSP Governor Benjamin Diokno is perceived by markets as pro-growth, with a dovish bias, and the rate cut at his second policy meeting adds weight to this view,” Fitch Solutions said.

Before Diokno assumed office as the BSP chief and when inflation was hitting highs of 6.7 percent, the Central Bank let out an aggressive tightening stance to control the further rise of prices in 2018. The total hikes amounted to 175 basis points during the year.

In 2019, inflation was contained and the latest reading from the Philippine Statistics Authroity (PSA) showed that the growth of the prices of the top consumer goods in the country hit 3 percent in April this year—well within the 2- to 4-percent target band of the BSP for the year.

Growth, on the other hand, slowed to 5.6 percent in the first quarter of the year due to the delays in the national government’s budget implementation.

This development, coupled with the movement of the peso in recent weeks, will give the BSP confidence to cut rates once more this year in a noninflationary environment.

“The Philippine peso has also stabilized after its sell-off in 2018, reducing import-related inflationary pressures. The stabilization in the peso has helped the BSP’s reserves to recover and, with it, improve the country’s buffer to external financing volatility. As such, the further easing we forecast is unlikely to pose significant inflationary risks,” Fitch Solutions said.

The think tank also forecasts another rate cut in 2020 to put the total rate cuts to 75 basis points for the most recent easing cycle.

“Moreover, while fiscal stimulus was capped by the budget impasse in the first quarter of 2019, we expect fiscal stimulus to pick up in the latter quarters of 2019 and into 2020, particularly given President Rodrigo Duterte’s consolidation of power following midterm elections. Fiscal stimulus could ultimately be enough to boost domestic consumption, and thus inflationary pressures, reducing the need for any further monetary easing,” the think tank added.

Earlier this month, the BSP held out a 25-basis-point cut to its overnight reverse repurchase at its monetary-policy meeting, effective Friday, May 10—as broadly called for by markets. The interest rates on the overnight lending and deposit facilities were reduced accordingly.

Diokno told reporters that their decision to cut after several months of unchanged monetary-policy stance and aggressive rate hikes in 2018 was based on their assessment that the inflation outlook continues to be manageable, with easing price pressures owing to the decline in food prices and improved supply conditions. 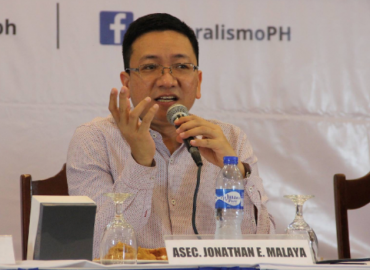 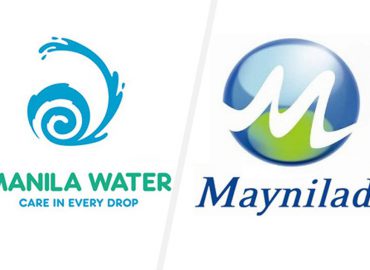