The Sandiganbayan has granted former Sen. Jinggoy Estrada’s motion for leave to file a demurrer to evidence, as he inched closer to having his plunder case dismissed.

The antigraft court’s Fifth Division allowed Estrada, along with his coaccused, pork barrel scam mastermind Janet Lim-Napoles, to file demurrers, which, if granted, is tantamount to a dismissal of the case.

An accused can file a demurrer in the Sandiganbayan if he believes that the evidence presented by the prosecution against him is weak.

A demurrer challenges the evidence presented and asks the court to decide if there is enough reason for the case to move forward.

Estrada, who is seeking a return to the Senate in May’s midterm elections, faces plunder charges for allegedly funneling P183 million of his pork barrel funds to nongovernment organizations controlled by Napoles in exchange for kickbacks.

In the three-page unanimous resolution dated March 13, but released to the media only on Wednesday, the court also gave Estrada 10 calendar days to file his demurrer.

“After a meticulous examination of the totality of the evidence presented by the prosecution… the court resolves to grant the present motion of the accused, to sufficiently provide him an opportunity to challenge the sufficiency of the prosecution’s evidence establishing the material elements of the offense charged to support a judgment of guilt,” the resolution said.

In a separate ruling, the court also granted Napoles’ motion for leave of court to file a demurrer in the same case. 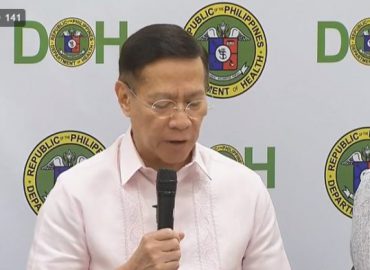