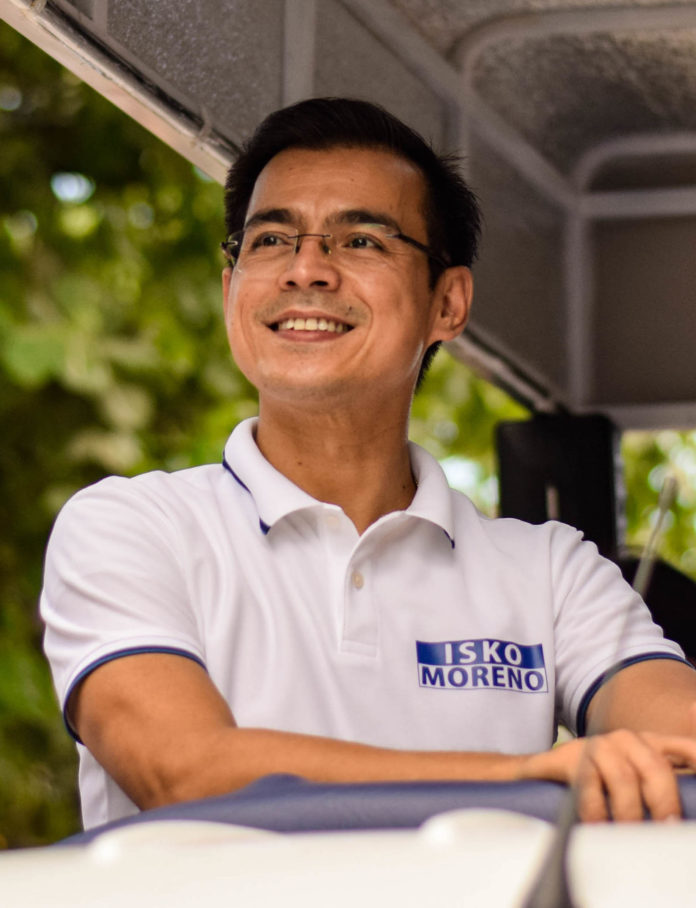 MANILA Mayor Francisco “Isko” Domagoso warned illegal vendors that they cannot go back to the sidewalks of Divisoria and other areas he cleared from illicit trade to maintain their accessibility for public transport and pedestrian use in time for Christmas.

“I guarantee you they are not allowed to return there. [It’s] no season for me. That kind of season is being abused already for so many times, for so many mayors,” he said in mixed Filipino and English during a networking forum held at the World Trade Center Metro Manila in Pasay City on Monday.

While traffic congestion used to occur in these areas due to the influx of people shopping for cheap items for the Yuletide, he assured the public that bottlenecks will not happen again as the city government will maintain them as they are—free from any obstruction.

“These are major thoroughfares. If we put and continue to allow obstructions in these areas, then we’ll be back again with how we started,” Moreno said.

It may be recalled that the busy streets of Divisoria and other roads filled with informal hawkers were all cleared when authorities dismantled their stalls in a series of clearing operations a couple of days after the Manila mayor took his oath of office last June. They were instead moved to secondary roads.

With the upcoming Holiday rush, he promised that these main thoroughfares will still be passable for the vehicles and people.

“What are our preparations? Well, I cannot do something with how we are going to make Juan Luna [and others] bigger. But I can make it cleaner and more accessible. That’s the least thing that your city government can do for you,” Moreno said.

For their annual Yuletide shopping spree, he advised the public to turn to Santo Cristo, Ilaya, Tabora, Carmen Planas, M. de Santos, Hidalgo, Villalobos, Raon, perpendicular roads in Blumentritt and the peripheral of Plaza Miranda where the displaced street vendors were moved to and allowed to ply their trade.

“Now, everybody will merge [there for their Christmas shopping]. I wish you all the best when you go there. You’re going to enjoy savings, but be ready psychologically and emotionally because they are expected to be jam-packed again. You’re cars can still pass through, though, a bit hard since the volume of vehicles will increase. But gone are the days wherein it’s really impassable,” he said.

The city mayor also cautioned commuters to now avoid the area of Avenida corner Recto Avenue due to an overdue construction activity of a certain private company.

“Just give me two weeks. I gave them a final warning [to finish it],” he vowed, adding that he will resort to using acetylene anew to remove their construction equipment that impedes the flow of traffic. “I will do that again if they go beyond what is being required to them. That is too much.”

Moreno, likewise, admonished the public to avoid Legarda and España given the ongoing infrastructure developments there courtesy of the national government.

Even if they contribute to the traffic situation in the city, he lauded these projects as they signify the latter’s trust and confidence again in the country’s capital.

“I’m glad to think that they are pouring money into our city when we committed ourselves that we are going to reintegrate Manila to the national government,” the mayor said. “We have to cooperate. We have to collaborate. We have to understand each other.”