In the complaint filed before the Department of Justice, a copy of which was obtained by The STAR, NBI probers said Lapeña failed to issue a “special stop order” against the release of the undervalued items from the Asian Terminals Inc. (ATI).

Lapeña earlier filed smuggling charges against ATI and six other firms for allegedly conniving to have the 105 containers released without being examined, despite alert orders against the shipments.

He claimed that the shipments worth P69.68 million were released by ATI without his authorization. The containers were later found in two warehouses in Meycauayan, Bulacan.

The special stop order is the Customs commissioner’s tool under the electronics-to-mobile or e2m system to prevent the release of shipments that might have been released due to forged alert orders, according to the complaint.

The e2m is the Customs bureau’s system of non-face-to-face transaction streamlining import and export processing and minimizing opportunities for corruption.

“With regard to the 105 containers which are the subject of the investigation, ATI presented a screenshot showing their status as ‘Duty Stop: Removed,’ which means that they were due for release. The alerting office, in this case, the Office of the Commissioner, should have issued a ‘SPECIAL STOP’ order to validly hold the release of the shipment,” the complaint read.

“Assuming that during the time, the Office of the Commissioner issued the Manual Alert Orders (because) the e2m is not accessible or the connection was slow, this does not preclude the Office to issue subsequent alert orders through e2m once it becomes operational. However, again, Lapeña failed to do so,” it added.

The bureau said Lapeña is liable for graft because he posed no objections to the recommendation of the Port of Cebu district collector Elvira Cruz for the continuous processing of consignee Abundancegain Indent Trading Corp.’s shipment subject to payment of duties, taxes and other charges, despite earlier approving Port of Manila district collector Vener Baquiran’s recommendation to subject all its shipments to continuing alert.

“The fact that he allowed the release of the shipments in the Port of Cebu, notwithstanding the memorandum he issued a few days before he issued the memorandum to the district collector of Cebu, giving Abundancegain Indent Trading Corp.’s unwarranted benefits, advantage or preference over the other consignee,” the complaint read.

“These are all subpoenas to personalities who failed to appear in our last hearing,” he told reporters, referring to the two who were sent summons along with others who may be “vital witnesses” in the information given by former Customs intelligence officer Jimmy Guban.

Barbers said that there was an alleged collusion among personnel of the Bureau of Customs, Philippine National Police and PDEA to smuggle shabu despite the government’s campaign against drugs.

Guban has so far been provisionally accepted in the DOJ’s Witness Protection Program.

At the same time, Barbers expressed some misgivings whether Guban is qualified to be a government witness as he does not appear yet to be the least guilty, aside from the fact that no indictments have been made.

Sen. Francis Escudero suggested yesterday that the Bureau of Customs must adopt measures to minimize human discretion and intervention designed to minimize corruption in the bureau.

Escudero was reacting to the statement of President Duterte that corruption in the BOC is so rampant that it may not be eradicated at all, whoever heads it. – With Delon Porcalla, Cecille Suerte Felipe

Back to square one for Public Service Act amendment 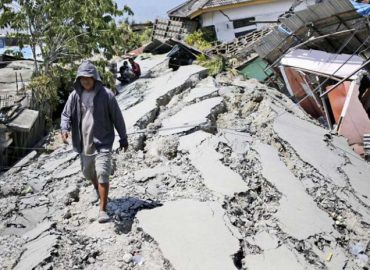