THE HOUSE of Representatives is scheduled to proceed with hearings on the Executive’s proposed 2019 national budget when it reconvenes on Aug. 28, despite confusion on a compromise with economic managers.

An official schedule, dated Aug. 16, showed the Committee on Appropriations will resume budget hearings on Aug. 28, focusing on allocations for the Department of Trade and Industry and the Department of Education.

The committee will then tackle the proposed budgets of the Office of the President, Office of the Vice-President and the Department of National Defense on Aug. 29.

The House targets to approve the budget by Nov. 30.

House Majority Leader Rolando G. Andaya, Jr. had initially said the hearings will resume over Congress’s Aug. 17-27 recess, after he had met on Aug. 14 with Speaker Gloria M. Arroyo and President Rodrigo R. Duterte in a bid to break a deadlock between the House and economic managers over the national budget framework. House Appropriations committee chairman Rep. Karlo Alexei B. Nograles of Davao City’s first district on Aug. 11 indefinitely suspended budget hearings as he opposed the new system.

Economic managers have attributed the dip in the proposed national budget to P3.757-trillion for 2019 — a mid-term election year — from 2018’s P3.767 trillion to the Executive’s shift to a “cash-based” system that allocates funds only for projects that can be procured within the fiscal year, as opposed to the former “obligation-based” scheme that had provided for a two-year time frame.

They have argued that if both budgets were analyzed in cash-based terms, 2018 would turn out to have smaller appropriations.

AMENABLE TO ‘PHASE-IN’
But Mr. Nograles late last week called for giving local governments a year to adjust to the idea of working with a smaller budget — or until 2020.

The Duterte administration has focused on improving state spending in a bid to prod gross domestic product growth to 7-8% annually until 2022, when it ends its six-year term, from 6.3% in 2010-2016 under former president Benigno S.C. Aquino III, under whose watch the Philippines bagged successive credit rating upgrades to investment status since 2013 by improving revenue collections while putting a check on spending.

Mr. Andaya had sought to downplay the difference between the two concepts, arguing that the current budget proposal itself is a mix of both cash- and obligation-based systems.

The Senate agreed last week to support the Executive’s cash-based framework and proceed with parallel budget hearings — a practice observed in order to ensure yearend enactment and avoid budget reenactment that had given occasion to irregularities in the past — but said it will have to wait for official submission from the House, as required by law.

But Mr. Duterte and his economic managers have yet to craft a response to the House.

Finance Secretary Carlos G. Dominguez III told reporters in a mobile phone message over the weekend that “another meeting will be scheduled” after he met with Messrs. Duterte and Diokno on Friday.

Asked whether that meeting had resulted in any agreement on the Executive’s approach to the House’s position, Mr. Dominguez replied: “Not at this point.”

Budget Undersecretary Laura B. Pascua said in a separate mobile phone message that there was no directive from Mr. Diokno on how to approach the House’s position, adding that the move to study the possibility of a reenacted budget “is… ongoing.” — Charmaine A. Tadalanand Elijah Joseph C. Tubayan 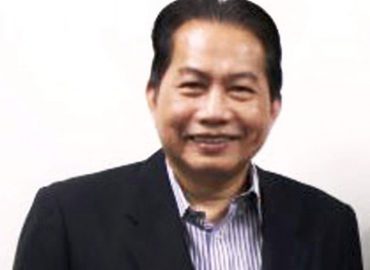 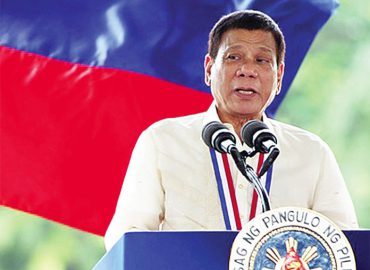