Image Credit to House of Representative

The House of Representatives’ committee on appropriations is targeting to finish budget deliberations by the end of the month.

This is to enable the House in plenary session to pass the proposed P3.757-trillion national budget for 2019 in September, one month ahead of the filing of COCs for the May 2019 elections, according to Davao City Rep. Karlo Nograles, the panel’s chairman, said.

Nograles made the statement as his committee began Monday its deliberations on the national budget.

Nograles said that the 2019 national budget, the third expenditure plan of the Duterte administration, is the first cash-based budget presented to the committee.

Nograles noted “the proposed cash-based appropriations of P3.757 trillion is lower than the 2018 budget of P3.767 trillion.”

“We must see to it that every peso that goes into the national budget is a peso that will benefit and support the government socioeconomic agenda particularly the acceleration of infrastructure spending, investment in human capital development including education, health and other social services and peace-enabling initiatives,” Nograles said.

The Budget department dubbed the 2019 National Expenditure Program as “Building a Bright Future for the Philippines and Its People.”

“This is consistent with the administration’s goal of transforming the country into a middle-income society where everyone has the opportunity to make his or her life better through provision of infrastructure and human capital development,” Budget Secretary Benjamin Diokno said.

He added that the 2019 national budget guarantees a better and more disciplined accountable cash-based budget that will support strong, sustainable and inevitable growth.

Diokno added that “this budget that will make the Philippines a better, fair, safer, greener and more beautiful than what it was a year before. The budget is always for our shared future.”

Diokno described the budget as “revolutionary in a sense that it is the first cash-based budget of the government.”

He explained that under a cash-based appropriation, there is greater fiscal discipline and prudent use of budget, faster and improved delivery of essential public services, and more open and accountable government. 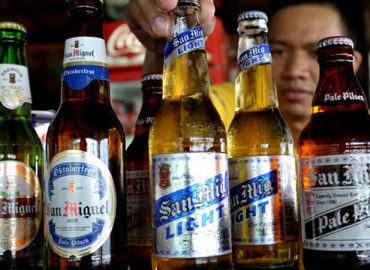