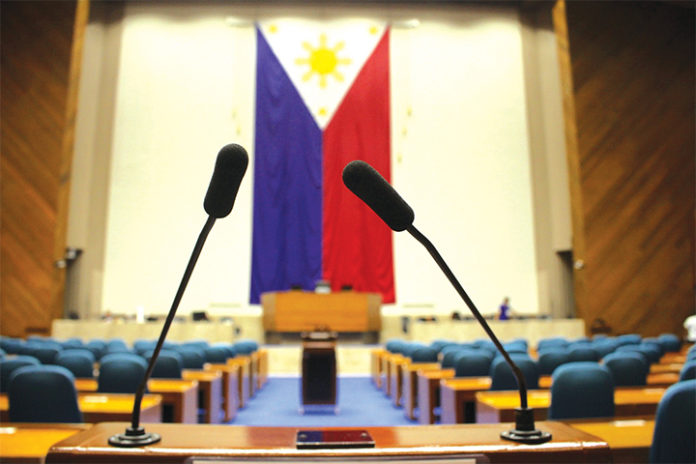 THE House of Representatives on Tuesday formally submitted to the Senate the proposed P4.1-trillion national budget for 2020.

“This morning the GAB was formally transmitted to the Senate. It will allow it to be included on First Reading for referral to their Finance Committee, which in turn can deliberate on it during the break,” he said.

The Senate Finance Committee committed to work overtime in scrutinizing the budget bill to fast-track Congress approval of the annual money measure.

Confirming receipt of the House-approved version of the budget bill, Sen.  Juan Edgardo Angara, who chairs the Finance committee, vowed to promptly finish the task in time for President Duterte to sign the final version of the annual money measure before year-end to avert government operating under a reenacted budget by January 1.

A budget standoff on the 209 money measure earlier pushed back by four months the signing of this year’s budget, adversely impacting growth and government spending.

“Our finance subcommittees are completing the hearings on the proposed budgets of the last few agencies,” Angara said, adding that during the congressional break (from October 5 to November3), “we will be consolidating all of the submissions into the committee report and once we resume sessions [on November 4], we will be ready to sponsor the bill in plenary.”

“Again and again, we contend that it is a pork-free budget as we strictly confined ourselves to the decision of the Supreme Court which declared the PDAF unconstitutional and prohibited the post-enactment identification of projects. Now, the Senate can finally see for themselves,” he said.

“This will allow the Senate to include the GAB on first reading for referral to their finance committee, which in turn can liberate on it during the break,” the lawmaker said in a statement.

Earlier, Speaker Alan Peter Cayetano rejected Sen. Panfilo Lacson’s allegation that the House planned to allocate an additional P1.5 billion in funds to each of its 22 deputy speakers and P700 million to its 300 members.

Meanwhile, the House clarified that there was no P456-million cut in the proposed budget of the Philippine General Hospital (PGH) for 2020, as claimed by Senate President Pro Tempore Ralph Recto.

House Committee on Public Accounts Chairman Anakalusugan Party-list Rep. Mike Defensor said the chamber in fact even augmented PGH‘s budget by P500 million in its institutional amendments on the GAB.

Earlier, President Duterte certified as urgent the 2020 national budget in a bid to ensure its timely passage and prevent a repeat of the delay in the passage of the 2019 budget.

The 2020 national budget pf P4.1 trillion, which is cash-based, is 11.8 percent more than the 2019 budget and will constitute 19.4 percent of the country’s gross domestic product.