The committee approved an unnumbered substitute bill to eliminate obsolete and unnecessary organizational units in the Executive Branch.

The bill authorized the President to rightsize the operation of the Executive Branch.

The measure covers rightsizing as to the process of analyzing and designing the appropriate role, mandate, structure, functions, size, systems and process of the government agencies in order to ensure effective, responsive and efficient service delivery.

The proposal covers all agencies of the Executive Branch, including departments, bureaus, offices, commissions, boards, councils and all other entities attached or under their supervision, government-owned or -controlled corporations not covered by the Republic Act 10149 or the GOCC Act of 2011.

The bill said the Legislature, the Judiciary, Constitutional Commissions, Commission on Human Rights, and Office of the Ombudsman may, within their respective authorized appropriations, likewise rightsize their respective offices, consistent with the principles and guidelines contained in this proposal, and within the parameters of the Unified Position Classification and Compensation System established under RA 6758.

It also seeks to create the Committee on Rightsizing the Executive Branch (CREB) to the best interest of the State to reorganize, merge, streamline or abolish agencies and officers.

The bill also mandates the committee to conduct strategic review and study on the role, mandates, functions, programs, projects, operations, structure and manpower complement of the different agencies under the Executive Branch.

The bill grants the President a power to create new agencies, officers, positions as needed in order to strengthen the capacity of government agencies to perform their mandate; regularize ad hoc offices whose function are vital and significant, thus must be continually undertaken by the government; merge and consolidate agencies whose functions are unnecessarily overlapping or duplicating and could be undertaken by a single entity, or client are similar related, to rationalize the use of government resources and split agencies with multifarious functions which are deemed distinct but equally important aspect of governance.

The bill said affected personnel hired on a permanent basis and with appointments attested by the CSC shall be entitled to retirement benefits and separation incentives.

It added that affected personnel who retired/separated from the service as a result of the implementation of the rightsizing program shall not be reemployed in any agency of the government, including GOCCs, for a period of 5 years, except in the exigency of service or as teaching or medical staff in educational institutions and hospitals, respectively. 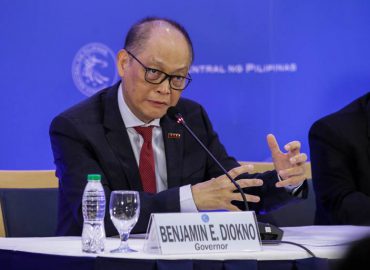