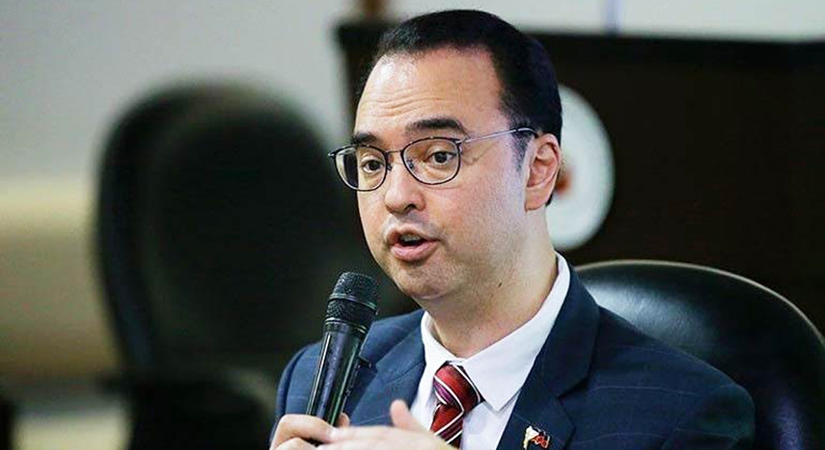 SENIOR House legislators intervened to keep the P4.1 trillion 2020 Budget on track after moves to withdraw the budget bill raised the prospect of setbacks to the approval timetable, threatening a repeat of the infighting over the 2019 spending program, which was four months delayed.

“We assure the public that (the) budget will be scrutinized but will not be delayed and will be transparent,” Speaker Alan Peter S. Cayetano said in a statement, adding that pork barrel funding has “no place in the 2020 budget.”

His office issued the statement after Mr. Cayetano called on all agencies and departments to submit “written presentations of their respective budget proposals” by close of business today, Tuesday.

On Sunday, Camarines Sur 2nd district Rep. Luis Raymund F. Villafuerte Jr., a deputy Speaker, posed procedural hurdles to the budget discussions by claiming that the bill had been prematurely filed because the agencies and departments had yet to complete their budget hearings. He alleged that the process was brought forward with “undue haste.”

Mr. Cayetano requested the House rules committee to make a determination on the matter and “refer the 2020 GAB (General Appropriations Bill) to the committee on appropriations for is consideration.”

House Appropriations Committee Chair and Davao City 3rd district Rep. Isidro T. Ungab on Monday rejected Mr. Villafuerte’s contention of premature filing, telling BusinessWorld, “We cannot conduct budget hearings without a bill filed for first reading, with the budget bill being a replica of the NEP,” he said, referring to the National Expenditure Program as drawn up by the Executive Branch.

Mr. Villafuerte had moved to withdraw House Bill 4228 or the 2020 GAB, saying that the passage of the budget should not be “short-circuited.”

“The House leadership under Speaker Cayetano is fully committed to having the 2020 GAB acted upon in a timely manner and for all committee and plenary deliberations on this bill fully transparent and in keeping with the Supreme Court’s landmark ruling against so-called pork barrel funds for legislators,” Mr. Villafuerte said in a statement on Sunday. “But this legislative process must not be done with undue haste or making a mockery of the House’s constitutional power of the purse.”

In a letter to Mr. Villafuerte obtained by BusinessWorld, Mr. Ungab cited the urgency of keeping the budget on track, noting that the deputy speaker’s move to withdraw the bill would “derail” the scheduled approval of the budget.

“To prepare another set of (the) General Appropriations Bill will require enormous time, effort and resources that will surely affect or delay the passage of the 2020 Budget,” Mr. Ungab said in his letter.

He added, “Needless to say, any alteration of the National Expenditure Program or NEP, which is the version of your revised General Appropriations Bill, will surely raise doubts (about) our proceedings and the House will be questioned on why it (intends to) alter the proposed budget prepared by the Executive Department.”

Mr. Ungab said the GAB has always been closely modeled on the National Expenditure Program (NEP).

“Should there be amendments to be made based on those briefings, we include these in the committee report to be filed before we proceed to floor deliberations. Since we are about to finish the briefings by this week, it is just proper to file the bill and have it printed,” Mr. Ungab said.

The 2019 Budget was delayed by the issue of “insertions” and the resulting disputes over which chamber altered the spending program. President Rodrigo R. Duterte eventually vetoed over P95 billion-worth of budget items after signing the measure in mid-April.

The budget delay has been cited as a factor in the sharp slowdown in economic growth, because of the delays to the release of infrastructure funds, which needed to reach the contractors in time for the critical dry-season building window.

The last day of briefings for the 2020 budget is Sept. 6 with the preparation of the committee report set for Sept. 10.

Plenary deliberations are also scheduled for Sept. 12 to Oct. 4, by which time the House leadership hopes to achieve plenary discussion and third and final reading approval for the GAB.

Ways and Means Committee chair and Albay 2nd district Rep. Jose Ma. S. Salceda said that budget hearings will still go on cannot move to the floor without the GAB being referred to and approved by the Appropriations committee.

“Hearings will go on but the significant implication is we can’t go to the floor without the GAB referred to committee, approved by committee and passed through the Rules committee,” Mr. Salceda said in a message to reporters on Sunday night.

Mr. Salceda added, “The Appro[priations] Committee bill was exactly the NEP. Ongoing printing was stopped, bukas sana tapos na (it was expected to be finished by the next day) for distribution. We will just work harder to meet Oct 4.”

The Development Budget Coordination Committee in its March 13 meeting slashed GDP expansion targets for this year to 6-7% from 7-8% originally and 2020 to 6.5-7.5% also from 7-8%, citing constraints from the delayed enactment of the national budget. — Vince Angelo C. Ferreras