Two ranking leaders of the House of Representatives are supporting President Rodrigo Duterte’s call for Congress to abolish the National Food Authority (NFA) Council, the policy-making body of the agency in charge with securing the country’s rice supply.

“I will support the plan to abolish the NFA Council because it is another layer of bureaucratic red tape,” said Pimentel, who serves as Assistant Majority Leader.

“One of the main reasons why we have a rice shortage now because [is] because the NFA Council took five months to approve the request of NFA to import rice. It’s about time that we should abolish it,” Pimentel stressed.

The NFA Council is composed of representatives from 11 government agencies, including the BangkoSentralngPilipinas (BSP), Departments of Finance (DOF), and Department of Trade and Industry (DTI).

Castelo, chairman of the Metro Manila Development Committee, agreed that the 18-member Council has to go, calling it “a proven failure.”

“It’s long overdue. It’s a proven failure. The collegial nature of the Council restricts itself from moving fast,” he said, underscoring the body’s perceived inability to come up with timely decisions.

“The composition of the Council also makes them isolated from the actual realities of life in the community,” added Castelo, who like Pimentel is a member of the Duterte-chaired PartidoDemokratiko Pilipino–Lakasng Bayan (PDP-Laban).

On Tuesday during his one-on-one interview with Chief Presidential Legal Counsel Salvador Panelo, the President said he will seek the help of Congress to abolish the NFA Council.

It was also during the interview that the President revealed he was scouting for a suitable replacement of NFA administrator Jason Aquino who has asked to be relieved from his post.

Another fault being attributed to the NFA Council is its refusal to raise the government’s maximum buying price for rice from local farmers. The current ceiling of P17 a kilo was imposed way back in 2008.

Because of this, the NFA failed to build a sufficient buffer stock for the staple grain since farmers choose to sell to private traders who offer prices of up to P25 a kilo.
Speaker Gloria Macapagal-Arroyo said the House would work on the request of the Chief Executive to abolish the NFA Council.

But even if he asked to be relieved, Presidential Spokesman Harry Roque said Aquino is not yet off the hook. He maintained that Aquino could still be held liable if any wrongdoing is proven.

“The resignation of anyone not just Jason Aquino will not extinguish criminal or administrative liabilities if there are any. Hindi naman big sabihin na kapag ikaw ay nag-resign wala kang pananagutan [It does not mean that if you reason, you won’t be held accountable anymore],” Roque said during a press briefing in Malacañang.

“Kung mayroon gustong magreklamo [If anyone wants to file a complaint], as I understand that the House itself has classified an act of administrator Aquino as technical malversation, I’m sure if they will file the proper complaint, it will be acted upon by the Ombudsman,” he added.

A group reportedly filed a graft complaint against Aquino for allegedly diverting P5.1 billion intended to buy grain last year to pay off the agency’s debts instead. The fund misuse supposedly resulted in the soaring prices of rice and corn in the country.

The complaint was reportedly filed by the Samahang Industriyang Agrikultura (Sinag) before the Office of the Ombudsman late last month. (With a report from Genalyn D. Kabiling)

House approves hike in LGU share in IRA to 50% 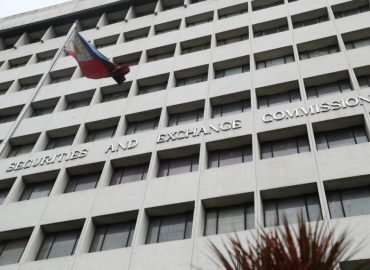