The term of Securities and Exchange Commission (SEC) chair Teresita Herbosa is ending in March. By then, she hopes that the amended Corporate Code of the Philippines will already be in placed.

It’s been nearly six years since SEC started working on the amendment of the two-decade old law. It’s safe to say that the last administration had other more important things to deal with during the time SEC began pushing for this.

But Herbosa never lost hope because for her, an amended corporation code will help the country advance the way it does business, which is crucial in sustaining a healthy economy over the long term. It’s only a matter of time before the government realizes this.

“We will soon get the approved legislation. I hope before [March]. That would be my biggest achievement [as SEC chair] considering that our Corporation Code was first enacted 1980,” Herbosa told Business Bulletin.

In the amended Corporation Code, SEC is proposing to impose perpetual term for companies, allow one person corporation (OPC), impose an improved corporate criminal liability and whistleblower protection, require the automation and electronic filing of reports, among others.

The Perpetual Corporate Term is for corporations to develop long-term sustainable projects with no need to file for extension of corporate term every 50 years. The proposed provision seeks to allow the revival of corporations with expired terms for the continuation of viable business.

The introduction of OPC, on the other hand, will enable individuals with sufficient capital to have full control of their corporation without need for the formation of a five-member board.

Meanwhile, criminal liability for the juridicial entity as well as the officers and directors involved for the use of the corporate vehicle in graft and corruption activities and a provision on the retaliation against whistleblowers are introduced in compliance with the country’s international obligations under the United Nations Convention Against Corruption.

And then, the mandate for automation is for speedy, more efficient and accurate registration and monitoring process.

“With all the changes in technology, one of the changes we’ve proposed is to give us power to change the requirements of the address of the corporations so we can automate completely and go up the survey of ease of doing business worldwide,” Herbosa said.

The proposed amendment, which wasn’t passed during the term of President Benigno S. Aquino III, took SEC several years to be finalized.

It was in 2013 when the SEC submitted its 190+ pages proposed Corporate Code amendments to the Department of Finance (DOF).

The Corporation Code serves as a guide to SEC in handling and monitoring nearly a million corporations, both stock and non-stock firms, in the country. 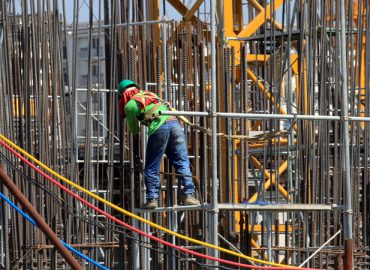