THE TRADE DEPARTMENT as well as other state agencies and offices have identified a host of laws either for repeal or amendment in their bid to further ease the burden on small businesses and to improve public services.

“The laws recommended for repeal today will be submitted to the Presidential Legislative Liaison Office, the main bridge of the Executive branch to the legislature,” Rowel S. Barba, undersecretary at the Department of Trade and Industry (DTI), said in an interview on Wednesday, explaining that “[t]he laws are no longer relevant today…”

The recommendation was made during the 4th Repeal Day, an exercise aimed at streamlining the business process, held at the Philippine International Convention Center in Pasay City.

“I think from day one, it’s now about 5,000,” Mr. Barba said, when asked for the total number of department orders and circulars that had been repealed.

“The Repeal Day today is the first time that we were able to recommend the repeal of laws.”

The laws recommended for repeal include Republic Act No. 7394 or The Consumer Act of the Philippines, as identified by the Food and Drug Administration which wants to overhaul and update definitions and product jurisdictions of state offices.

From the Department of Trade and Industry, the outdated laws are:

• RA 3952 or the Bulk Sales Law, which has been made obsolete by technological developments;

• Commerce Administrative Order No. 3 Series of 1993 or the Rules and Regulations Governing the Licensing and Bonding of Stock or Bond, Merchandise, Money or Exchange Ship and Real Estate Brokers, which has been made obsolete as well by technological developments;

• RA 247 or the Bonded Warehouse Act, which has been made obsolete by government measures to ensure food sufficiency and stable prices;

• Commonwealth Act 138 or an Act to Give Native Products and Domestic Entities the Preference in the Purchase of Articles for the Government; and

• The Professional Regulation Commission (PRC) recommended the repeal of Executive Order 565 and 565-A to allow the agency to elevate policy directions directly to Malacañang without having to get prior endorsement from the Department of Labor and Employment.

One of the laws recommended by NEDA for amendment is the Build-Operate-Transfer Law to streamline and consolidate all other legal issuances related to public-private partnerships.

The DPWH wants an amendment to RA 10752, An Act Facilitating the Acquisition of Right-of-Way Site or Location for National Government Infrastructure Projects, in order to better enable implementing agencies to entice property owners to opt for negotiated sale.

The Social Security System (SSS) recommended the amendment of RA 1161, An Act Further Strengthening the SSS, to update the agency’s investment capabilities. The SSS also proposed an unemployment or involuntary separation benefit for workers and their beneficiaries.

The DoH sought amendment of RA 4226, or the Hospital Licensure Law that was enacted in 1965, to cover new types of health facilities that need to be regulated.

The PRC recommended the amendment of the Philippine Nursing Act of 2002 in order to make it easier for review centers to operate.

The Quezon City government is seeking the amendment of Presidential Decree 856, or the Code on Sanitation in the Philippines, to provide a 365-day effectivity of sanitary permits. It also wants to scrap building fire inspection fees since this service is the responsibility of the Bureau of Fire Protection.

Sought for comment, Camiguin Rep. Xavier Jesus D. Romualdo, vice-chairman of the House of Representatives Trade and Industry committee, said the DTI and the Anti-Red Tape Authority (ARTA) that was formed by RA 11032 — or the Ease of Doing Business and Efficient Government Service Delivery Act of 2018 — should submit the list and brief the panel “so we can consider their recommendations and take appropriate action.”

Sought for comment, Guillermo M. Luz, who was private sector co-chairman of the now dissolved National Competitiveness Council, said: “Over time as the country eliminates and repeals all the outdated laws, all the irrelevant laws, we simplify the way things are done with government transactions, we simplify a lot of rules, regulations hopefully all the way to the local government level.”

“And when we have that, we will improve on the Ease of Doing Business [ranking] over time.”

During the event, the DTI and ARTA also launched the Project Repeal Guidebook as well as the Web portal Philippine Business Regulations Information System that serves as a database of all government-issued rules and regulations.

“One of the biggest problems faced by entrepreneurs is that you don’t even know the regulations you need to comply with. And the agencies only know their own regulations. They don’t know the regulations of each other,” said Roberto Martin Nolan Galang, World Bank senior private sector specialist for microeconomics, trade and investment.

“This one puts it all in one portal, so you can cross-reference regulations: you can now know that you have to go to one and then the other to complete [transactions]. And… it also showcases how many regulations there are.” 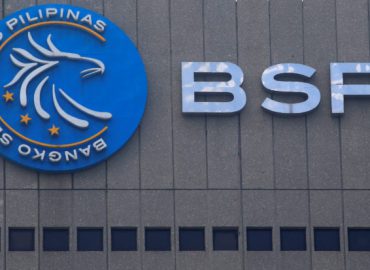 Experts have mixed views on direction of dollar reserves 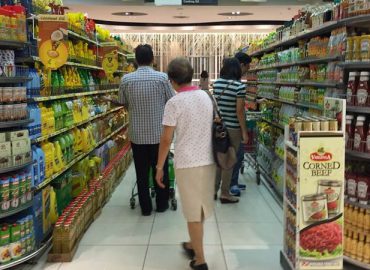