THE DEPARTMENT of Energy (DoE) is taking to the United States and other parts of the globe its road show to drum up interest in the Philippine Conventional Energy Contracting Program (PCECP) after it extended the deadline for investors to submit their application to explore pre-determined oil and gas reserves in the country.

“As we support and strengthen the effort of President (Rodrigo R.) Duterte’s administration to explore and discover indigenous petroleum resources, the DoE remains committed to establishing the ‘Explore, Explore, Explore!’ program that will elevate energy independence, security and sustainability through effective and reasonable development of all indigenous energy resources in the Philippines,” Energy Secretary Alfonso G. Cusi said in statement on Monday.

The DoE said after the kickoff in Singapore last month, it will bring the PCECP road show to the American Association of Petroleum Geologists Annual Convention and Exhibition (AAPG ACE) in San Antonio, Texas from May 19 to 22. The US stint will be followed by road shows in other parts of North America, South America and the Middle East.

The department described AAPG ACE as among the prestigious events for the geosciences community and one of the largest global gatherings for oil and gas industry professionals and investors. It said an estimated 7,500 professionals from more than 72 countries are participating this year.

PCECP is the DoE’s initiative to spur exploration by offering areas in the country with potential oil and gas reserves. It is a revised, transparent petroleum service contract awarding mechanism that would allow investors to bid for exploration projects through the competitive selection process or by nomination.

The DoE delegation in Texas is headed by Undersecretary Donato D. Marcos, who will be presenting at the Henry B. Gonzalez Convention Center and will conduct one-on-one meetings with petroleum exploration companies at the booth located in the international pavilion.

In a text message during the weekend, Mr. Marcos, who led previous local and international road shows for PCECP, said he was already in Texas.

The DoE said to date, it had received 17 requests for the issuance of area clearance for various areas in the Sulu Sea, Recto Bank, Palawan, Quezon, Albay, and Mindoro have been received by the department from nine local and foreign companies.

It said three companies had acquired area clearances and had submitted their respective letters of intent to formalize their area nominations for approval by the DoE.

Six companies have viewed and four companies have purchased technical data sets that include seismic lines and well listings, the DoE said, while 16 companies have so far conducted courtesy visits to the department for one-on-one meetings regarding the details of the PCECP.

“Evaluation of applications is made by the DoE Centralized Review and Evaluation Committee based on the criteria pursuant to Department Circular No. DC2017-12-0017 and existing PCECP guidelines,” it said.

“Interested parties must comply with the legal, financial and technical requirements, which include the proposed work program and economic development plan for the contract area.”

The Philippines’ Malampaya deep water gas-to-power project, the largest and most successful natural gas industrial project in local history, is under a consortium led by SPEx.

Last week, the DoE announced the deadline for interested entities to submit their bids to secure service contracts in 14 areas in the Philippines offered by the agency for oil and gas exploration. In a notice posted on its Web site, the department said the 180-day application period for the pre-determined areas (PDAs) under the PCECP had been moved to Aug. 19 from May 21. It cited the need “to provide additional time for applicants and other interested parties to submit their complete application documents.” 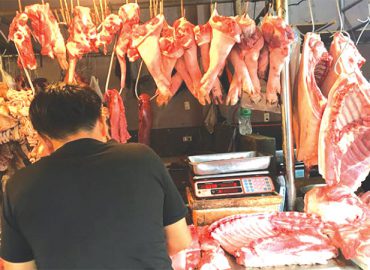 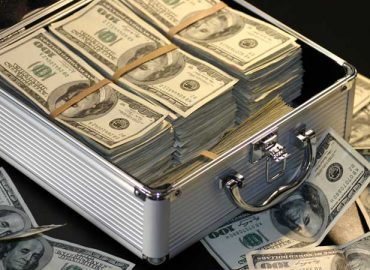