THE government stepped up spending for infrastructure and other capital outlays in August, as expenditures jumped by 70.5 percent to P68.4 billion, from some P40.1 billion last year, the Department of Budget and Management (DBM) said on Tuesday.

Figures from the DBM showed that the increase in spending in August brought the eight-month expenditures for infrastructure and other capital outlays to P505.6 billion, nearly 50 percent higher than last year’s P337 billion.

According to the DBM, the increase was due to the various projects implemented by the Department of Public Works and Highways (DPWH), including road widening, repair and construction, flood control and drainage improvement.

The modernization program of the Armed Forces of the Philippines (AFP) has also contributed to the surge in spending for the procurement of military communication equipment, the DBM said.

In August, expenditures for personnel services surged by 32.2 percent, or P17.7 billion, due to the requirements for creation and filing of positions at the Department of Education (DepEd); higher pay for both civilian, military and uniformed personnel, and the retirement and terminal leave benefits in various agencies, specifically the Philippine National Police (PNP) and the AFP.

Maintenance and other operating expenditures also expanded by P3.5 billion, or 11.9 percent, to P33.1 billion as a result of the DepEd’s K to 12 program and net lending to the National Food Authority in support of its rice importation program.

For the month of August, a total of P53 billion in allotments has already been released. This includes P5.9 billion in personnel services deficiency for the pension and terminal leave benefits in the PNP; P3.7 billion in subsidy to government corporations; P2.9 billion in pension and retirement and gratuity benefits in other agencies; P2.3 billion for the Marawi Rehabilitation and Recovery Program; and P2.2 billion for the expansion of the Philippine Rural Development Project of the Department of Agriculture.

As of end-August, the DBM said allotment releases reached almost P3.498 trillion, or nearly 93 percent of the program for the year.

“We owe it to the Filipino people that implementing agencies immediately utilize the public funds that have been released to ensure the effective delivery of public services within the fiscal year.

This is in accordance with annual cash-based budgeting that Congress should pass into law for future administrations to adhere to,” Budget Secretary Benjamin E. Diokno said in a statement.

In the last quarter of the year, the DBM said 7.1 percent of the P3.767- trillion obligation program, or P269.1 billion, has yet to be released. This amount is largely composed of P124.3 billion in agency-specific budget and P140.4 billion in Special Purpose Funds (SPFs).

Some of the big-ticket program balances under the regular budget of agencies include the remaining requirements for creation and filling of positions at the DepEd and the Educational Facilities Fund for implementation by the DPWH.

In addition, unreleased allotments from the SPFs comprise mostly of program balances from the subsidy to government corporations, the miscellaneous personnel benefits fund and the pension gratuity fund.

“The allotment releases for these remaining balances are being closely evaluated by the budget department to maximize the use of available funds and to ensure whether these can still be obligated and delivered within the year,” Diokno said. 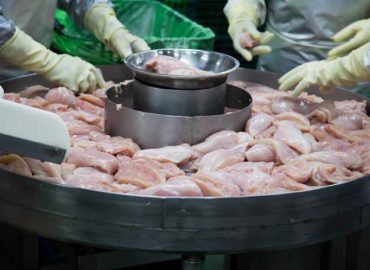