Government offices along Manila Bay should set a “good example” by ensuring compliance with various environmental laws, Secretary Roy A. Cimatu of the Department of Environment and Natural Resources (DENR) said on Monday.

Cimatu made the call as the DENR leads 12 other government agencies to embark on an ambitious project to rehabilitate Manila Bay.

In particular, Cimatu wants all government offices along the 194-kilometer coastline fronting Manila Bay to ensure their compliance with the country’s laws, particularly Republic Act 9725, or the Clean Water Act, and Republic Act 9003 or the Ecological Solid Waste Management Act.

AS this develop, the Pambansang Lakas ng Kilusang Mamamalakaya ng Pilipinas (Pamalakaya) urged the DENR to use the proposed P47-billion rehabilitation fund to restore Manila Bay’s degraded coastal and marine ecosystems and restore its water to pristine state.

In a news statement, Pamalakaya National Chairman Fernando Hicap said restoring the mangroves, sea grasses, and coral reefs that were destroyed by past and present projects is a must for Manila Bay’s revival.

Part of the DENR’s rehabilitation plan is to conduct massive cleanup of Manila Bay, particularly along Roxas Boulevard and esteros, including the relocation of 300,000 squatters, to bring prevent water pollution.

Specifically, the DENR targets to bring down the fecal coliform level which has reached up to 333 million most probable number per 100 milliliters to SB level which is 100 MPN/100 ml, the standard for bathing and swimming.

All establishments along Manila Bay that are not yet connected to proper sewer lines have been ordered to put up their own sewage treatment plants (STPs) to prevent the direct discharge of untreated wastewater into the environment.

There are several establishments along Manila Bay, which serve as main or central, or satellite offices of various government agencies and government-owned and -controlled corporations.

According to Cimatu, the seven-year, P47-billion Manila Bay rehabilitation will affect or cover establishments in 128 local government units in eight provinces in Regions 3, 4A and the National Capital Region.

According to Cimatu, government agencies with buildings along Manila Bay should set a good example for commercial and residential establishments to emulate.

“Manila Bay is in critical condition and proper wastewater discharge and solid waste disposal play a key role to reviving it,” Cimatu said in a news statement.

The DENR and other government agencies which will comprise the interagency task force are set to begin rehabilitation works at Manila Bay on January 27.

Cimatu said that it is important for government offices, particularly those in the Manila Bay area, to make sure they are connected to sewer lines or have their own STPs for proper wastewater disposal.

He also reminded them to manage their solid waste to minimize garbage that ends up in landfills or oceans.

Solid waste management, he said, remains a huge problem in the country owing to non-segregation, rampant use of single-use plastic products and improper waste disposal.

The DENR will clamp down on all establishments discharging untreated wastewater either directly into the Manila Bay or into esteros and rivers leading to the bay starting on January 27.

Establishments found to be ignoring environmental laws could face closure or fine of up to P200,000 a day.

“We will issue notices of violation to noncompliant establishments or we will shut them down,” Cimatu warned. “Until they comply, they cannot operate.”

Cimatu also underscored the need for these establishments to “consciously practice” the 3Rs—reduce, reuse and recycle—for better solid waste management.

“Segregation at source is a simple practice that, when done habitually, will rid not just Metro Manila but the entire country of solid waste that pollutes land, water and air,” he pointed out.

The DENR chief also appealed to local government units to manage their septage by ensuring that all commercial and residential establishments in their areas are treating their wastewater prior to discharge to water bodies.

At the same time, Cimatu said, it is also important to educate the residents on their responsibility to help cleanup Manila Bay.

“With education, we can cleanup Manila Bay, we can sustain it, and we can preserve the revived Manila Bay,” he said. 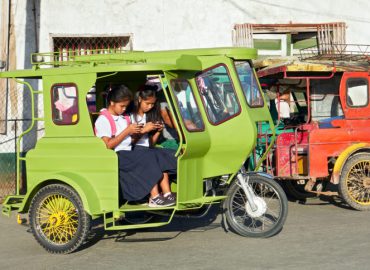 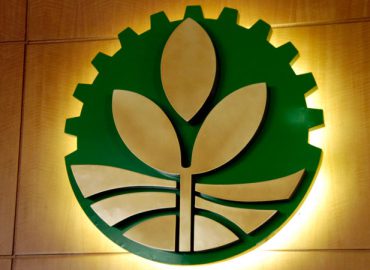