The Duterte administration, exultant following the release of a World Economic Forum (WEF) report that the Philippines was the top Asian country with the narrowest gap between men and women, on Thursday said the government has always believed in the competence and capability of women.

From last year’s 10th place, the country jumped two notches to place seventh in the world ranking this year.

Based on four categories, the WEF ranked 149 countries.

The Philippines scored the highest in educational attachment, where it ranked first.

As for areas of political empowerment and economic participation and opportunity, the country placed 13th and 14th, respectively. On health and survival, the Philippines got 42nd place.

In a news statement, Presidential Spokesman and Chief Presidential Legal Counsel Salvador S. Panelo said the findings “highlight the government’s commitment to give Filipino women the recognition that they properly deserve, particularly their contributions in the home, in the workplace, in the community and in nation-building.”

“The Palace welcomes the World Economic Forum’s Global Gender Gap Index placing the Philippines as the most gender equal nation in Asia,” Panelo said on Thursday. “…We are honored that our efforts have been given global recognition.”

Furthermore, Panelo said the country “continues to aspire for inclusive development, where there is equality and genuine collaboration between men and women.”

The government also vowed to further promote substantive equality in the society and maintain to uphold the rights and dignity of women. 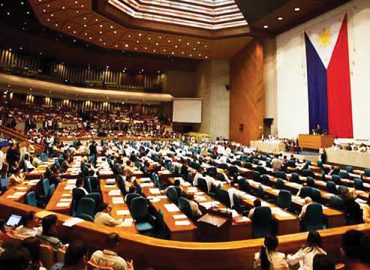