THE Senate and the House of Represen-tatives appeared headed for a standoff over last-minute changes in the P3.7-trillion national budget for 2019, and, “from all indications,” the government may operate under a reenacted budget until August, denting economic growth, Sen, Panfilo M. Lacson Sr. said on Sunday.

Initial numbers conveyed to senators by the Department of Finance (DOF), according to Lacson, showed such pushback of the budget approval until August could mean losses of P500 million daily to the economy, which, in turn, will shave off at least 1.5 percent from the GDP growth targets.

Reached separately by phone, Finance Secretary Carlos G. Dominguez III confirmed Lacson’s claim that the DOF will crunch the numbers next week to come up with firmer estimates on the economic impact of extending the period of the reenacted 2018 budget. Dominguez told the BusinessMirror in a text message that the DOF “will update the estimates tomorrow.”

In January, the DOF had pointed out that the delay in the passage of the 2019 national budget results in a reduction in government spending by P46 billion, which will affect the growth in gross domestic product (GDP).  Lacson said in a radio interview on Sunday the nation will have to live under the old budget, “at least until August” if Speaker Gloria Macapagal-Arroyo does not take back “last-minute changes” in the bicameral conference committee-approved budget bill that both chambers had separately ratified weeks ago.

According to Lacson, Senate President Vicente C. Sotto III joined him and Senate Finance Committee Chairman Loren B. Legarda, and Minority Leader Franklin M. Drilon, in a mini-caucus at the weekend to firm up the Senate’s stand on the House’s move to itemize at least two key lump sums in the bicameral-approved version even after the latter had been ratified by both Senate and House members.

Sotto, with full backing from senators, will not sign an enrolled copy of the budget bill to “avoid being party to an unconstitutional act,” Lacson said.

“We stand four-square behind our Senate President on this particular issue—that he would not sign if there are illegal amendments in the ratified bicameral conference committee report,” Lacson said in a mix of English and Filipino. The senator warned that doing so could constitute “a case for falsification of public documents” as the act of amending a budget bill already approved by the bicameral panel and ratified by both chambers is tampering with the “records of the legislative process.”

Lacson pointed out that “we are a collegial body; if he signs [the amended version], he [Sotto], he could be held liable [for committing an illegal act],” adding that it would also be tantamount to granting the Senate President veto power on what was already ratified by the body, referring to the bicameral conference committee report.

The senator suggested this can only be resolved if the House sticks to what was approved in the bicameral conference committee. Only then can the Senate President sign it.

He added that if the standoff stays, “let us just wait until July,” referring to the end of the terms of Speaker Arroyo and House Appropriations Committee Chairman Rolando Andaya.

In the same interview, Lacson confirmed that senators from the majority and minority blocs are behind in affirming their position that Sotto would not sign on a document that includes what was not discussed in the bicameral talks but was included in the enrolled bill.

“It’s all still under discussion, because the Senate will stand firm on its position that if the enrolled bill contains something not discussed in the bicameral conference committee, then SP Sotto will not sign it. And for good reason, because the Constitution clearly states that after a bill is passed on last reading, no further amendment may be introduced. This goes not only for last reading or third reading approval, but the bicameral conference committee report that both houses have ratified,” Lacson said.

As it is, Lacson said, Sotto was unlikely to sign the bicameral report on the budget bill which, Lacson added, “means there will be no enrolled bill.” 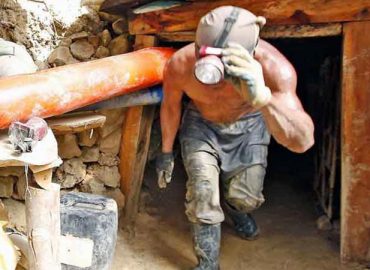