THE Department of Health (DoH) said the early stages of implementing the Universal Health care (UHC) Law, faces challenges because of a shortage of funding and health workers.

In a briefing on Thursday, Secretary Francisco T. Duque III said he expects implementation to be gradual.

“We will increase the supply of human resource but right now, it’s not enough. This is a work in progress. Just because the law was signed yesterday you will not see tomorrow all barangays sprouting health stations like mushrooms,” he said.

He added that the early priority is disadvantaged areas.

On Wednesday, President Rodrigo R. Duterte the UHC Law. The law calls for all Filipinos to be automatically enrolled for coverage by the Philippine Health Insurance Corp. (PhilHealth) or the National Health Insurance Program. The law will promote a shift in investment focus by the DoH in favor of primary care facilities. Meanwhile, Philhealth will be expanding its primary care benefits program.

Current PhilHealth members will still have to pay premiums every month. The law also creates a class of subsidized members.

Both the DoH and PhilHealth will be given 180 days to draft the implementing rules and regulations IRR.

“We would like to be as deliberate as possible (to be) certain about the IRR covering all areas, addressing gray areas. It is not correct to think the Universal Healthcare Law will just happen overnight and/or after 180 days.

The DoH said it needs P257 billion in order to fully implement the UHC Law but the 2019 National Budget only provided P217 Billion.

Senator Joseph Victor G. Ejercito said in the same briefing that the Senate pledged to allocate P18 billion more to the UHC’s budget during its Bicameral conference committee hearing on the General Appropriations Act (GAA) for this year.

“During the Bicam before we submitted the budget, the Senate added P18 billion to aid in the implementation of Universal Health care,” Mr. Ejercito said.

He added that the chamber also restored the budget for the health facilities enhancement program (HFEP) and the human resource for health (HRH) worth a combined P20.8 billion.

UHC is currently funded directly from the DoH budget, PhilHealth subsidies, and PhilHealth collections. Funding will also come from the Philippine Charity Sweepstakes Office, the Philippine Amusement and Gaming Corp. (PAGCOR), and the DoH-Medical Assistance for Indigent Patients (MAIP) program which will be shared with PhilHealth.

“The UHC Act demonstrates the result of strong political will that places the welfare of our countrymen above all else,” Mr. Duque said. — Gillian M. Cortez 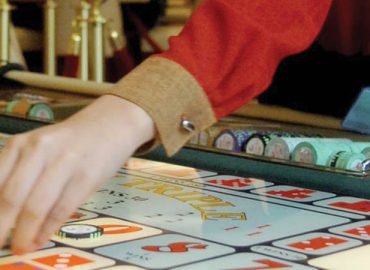