THE Department of Agriculture (DA) and a farmers’ group expressed concern the delay in the passage of the proposed 2019 national budget would stall the rollout of interventions to make farmers competitive against the unimpeded entry of cheaper rice imports.

“I guess our timetable will be affected. We would have wanted to deliver the interventions next harvest season,” Piñol told the BusinessMirror when asked how would the RCEF be affected by the foreseen standoff in the passage of the national budget.

Earlier, Sen. Panfilo Lacson disclosed that the government could work under a reenacted budget until August as he sees another standoff between the Senate and the House of Representatives over the reported last-minute changes in the P3.7-trillion national budget for 2019.

Initial numbers conveyed to senators by the Department of Finance, according to Lacson, showed such pushback of the budget approval until August could mean losses of P500 million daily to the economy, which, in turn, will shave off at least 1.5 percent from the gross domestic product growth targets.

The P10-billion initial RCEF budget, which the government will frontload this year, was incorporated in the 2019 national budget.

Federation of Free Farmers Inc. (FFF) National Manager Raul Q. Montemayor urged the government to find a way to ensure that the RCEF would be rolled out once the rice trade liberalization (RTL) law is implemented.

The RCEF was an earmarked fund created under the RTL law to aid farmers to become competitive amid expected influx of cheaper rice imports in view of the  liberalization of the industry.

“The government should find a way to live up to its promises to provide the RCEF immediately, specially since they are in a rush to allow the cheaper imported rice to come in immediately,” Montemayor told the BusinessMirror.

“What will be delayed will be the delivery of the promised support to farmers, and the positive impact this could have on output and costs of production,” Montemayor added.

Montemayor, who is also chairman of the Committee on Staples at the Philippine Council for Agriculture and Fisheries, said they are looking at the second semester production cycle as the earliest timetable for the actual fund to be released to farmer-beneficiaries.

Earlier, the Philippine Center for Postharvest Development and Mechanization (PhilMech), which will receive P5 billion annually from RCEF, said they would start distributing equipment to farmers by the fourth quarter of the year.

PhilMech Applied Communication Division Chief Rodolfo P. Estigoy said it would take time for the agency to procure the equipment given the procurement rules that it must observe. Estigoy added that they are looking to conduct the procurement process from the second quarter to the third quarter of the year. 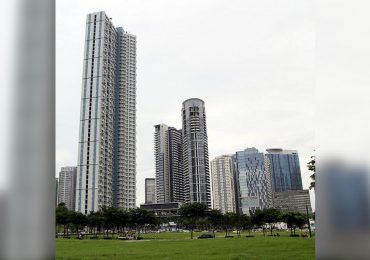 Inflation back on track at one-year low