THE families of eight children who died allegedly due to Dengvaxia vaccination have asked the Supreme Court (SC) to allow the consolidation and transfer of their separate cases to a “family court” in Quezon City.

In their urgent petition filed Thursday, the families, assisted by the Public Attorney’s Office (PAO), claimed there will be a “high probability” of a “miscarriage of justice” if the cases will be heard in various courts in three different judicial regions.

“(M)aintaining the cases with the present various multiple courts/jurisdiction will unduly delay the proceedings as the handling prosecutors, private complainants, accused, witnesses and assisting counsels will have to run around to attend the hearings,” they said.

“This will inevitably result in postponement of trial due to unavailability of either the prosecutor, parties, counsels or witnesses,” they added.

The Department of Justice (DoJ) in February indicted former health secretary Janette P. Loreto-Garin and 19 others for reckless imprudence resulting in homicide over eight complaints in relation to deaths allegedly linked to Dengvaxia vaccination.

However, seven of the cases were filed separately: in a Metropolitan Trial Court (MeTC) in Quezon City; a Municipal Trial Court (MTC) in San Pedro, Laguna; an MTC in Balanga, Bataan; two different MeTCs in Muntinlupa City; and in an MeTC in Caloocan City where two cases were filed. One case will be filed on a later date.

The families also raised the possibility of conflicting decisions in the cases which stemmed from the same issues.

“The consolidation for trial of the instant cases will avoid the possibility of having conflicting decisions on cases of similar nature arising from the same series of events and to be proved by substantially same (pieces of) evidence,” they said.

They also said a family court has jurisdiction over the cases, claiming that as stated in Section 5(a) of the Family Courts Act of 1997, family courts have “exclusive original jurisdiction” to hear and decide criminal cases wherein one or more of the victims is a minor.

According to PAO, its forensic team has already conducted an autopsy on 129 victims whose deaths were linked to Dengvaxia.

More than 20 Dengvaxia-related complaints are still pending before the DoJ.

‘PHL must diversify exports to China’ 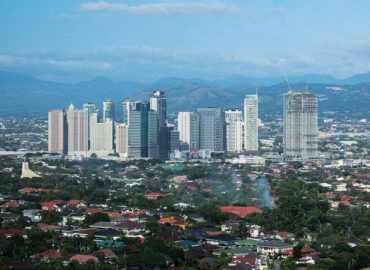