MANILA – Senator Antonio Trillanes IV on Monday pushed through with an inquiry into the alleged conflict of interest in government contracts of Solicitor General Jose Calida’s security firm.

This even as he faced arrest for military uprisings he led in 2003 and 2007 after President Rodrigo Duterte revoked the amnesty earlier granted him, citing his alleged failure to comply with minimum requirements.

Trillanes, a staunch administration critic, denied this, saying the administration was “trying everything” to stop the legislative probe against Calida.

The senator, head of the Senate Civil Service and Government Reorganization committee, proceeded with the scheduled the hearing.

Documents earlier revealed that the security firm owned by Calida’s wife Milagros signed multimillion-peso contracts with several government agencies months after his appointment as the government’s chief lawyer in 2016.

He also presented documents from the Philippine Government Electronic Procurement System (PhilGEPS) supposedly showing that Calida is still “president and contact person” of the firm up until last year, after he said he had resigned from VISAI. 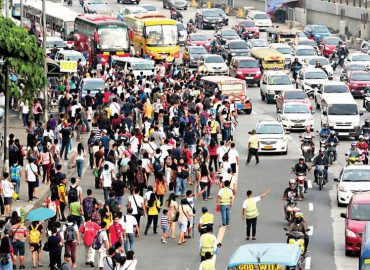