MANILA, Philippines —  Investments approved by the Philippine Economic Zone Authority (PEZA) declined by nearly 30 percent in the first half of the year to P22.49 billion, the agency reported Friday. PEZA officer-in-charge (OIC) Tereso Panga said the investments came from 90 new and expansion projects.

Panga, the agency’s deputy director general for policy and planning, said the new projects would generate 14,354 and $747.09 million in annual export sales.

The top countries with the highest investments for the first semester include Japan, Singapore, the US, the UK, and the Netherlands.

Japan remained PEZA’s top country investor in the first half with P8 billion in investments, followed by Singapore with P2.17 billion.

Meanwhile, the top-performing region where investments are located still remains in Region 4 with P10.4 billion.

“Despite experiencing a 29.85 percent decline in investments in the first six months of 2022 compared to last year’s same period, our export income and employment continue to grow,” Panga said.

“With the reopening of the Philippine economy and positive outlook under a new PBBM administration, we are glad that PEZA contributed to job generation and in increasing employment rate in our country,” Panga said.

“These investments came from 61 new and expansion projects,” Panga added.

For June alone, the PEZA board approved 20 new and expansion projects with P3.56 billion of investments.

Among the 20 recently approved projects, two projects fall under the export manufacturing, eight for IT enterprises, five for facilities, and five for ecozone development projects.

In line with President Marcos’ support for economic zones in the Philippines, Panga said the agency would continue to work along with the president and the economic team.

“We will work closely with the President and his economic team in spreading more strategic industries in other regions of our country through our different types of economic zones so we can continuously bring more jobs, investment revenues, and improve the lives of our fellowmen under the Marcos administration,” Panga said. 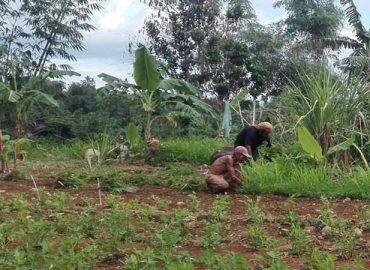