Economic managers are set to assess the fiscal impact of the proposed Bayanihan 3.

Budget Undersecretary Laura B. Pascua told the BusinessMirror that the proposed measure was “mentioned in passing” during the Economic Development Cluster (EDC) meeting on Wednesday.

However, she said the proposed third Bayanihan law will “need further study,” particularly its fiscal implication and whether the country needs it.

Sought which agency will lead the study of the measure, Pascua said: “DBCC [Development Budget Coordination Committee] will follow through with analysis.”

DBCC Chairman and Budget Secretary Wendel E. Avisado also confirmed to the BusinessMirror that the EDC has yet to make up its mind on the proposed measure, but they will likely do so during the DBCC meeting.

“Yes, [it was discussed during the meeting], but no decision yet. When the DBCC meets,” Avisado said.

Avisado said the EDC has yet to decide on the proposed Bayanihan 3 because they are “still waiting for data from other agencies.”

On Tuesday, Marikina Rep. Stella Luz A. Quimbo filed House Bill 8031 providing for a P400-billion Bayanihan to Arise as One Act to give additional funding and strengthen government efforts and response to the ongoing health crisis, complicated by the recent typhoons that battered most parts of Luzon.

The measure will also put to task the National Economic and Development Authority (Neda) to craft a long-term plan, which shall be resilient from future shocks such as pandemics and typhoons. It also mandates the agency to review the Flood Management Master Plan for Metro Manila and surrounding areas to improve disaster risk reduction and resilience.

The proposed Bayanihan 3 also seeks to extend the effectivity of the Bayanihan to Recover as One Act (Bayanihan II) as its provisions remain to be critical for recovery beyond December 2020.

Quimbo has also pointed out that the money allotted to fight Covid-19 under the 2021 spending plan is minuscule, representing only P248 billion out of the total P838.4 billion earmarked for the pandemic response that also included some P590 billion for infrastructure under the government’s centerpiece program, the Build, Build, Build program.

For the country to fully rise from the Covid crisis, Quimbo said the Bayanihan 3 ensures adequate funding for vaccine procurement and steady stream of aid, or ayuda to low-income families. 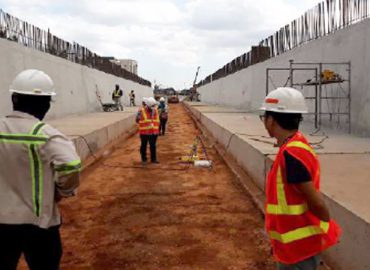