Under the law which Duterte signed on April 5 but was only released Saturday, Palawan will be divided into three provinces namely Palawan del Norte, Palawan Oriental, and Palawan del Sur.

According to Republic Act 11259, the province of Palawan del Norte will be composed of the municipalities of Coron, Culion, Busuanga, Linacapan, Taytay and El Nido.

The municipalities of Roxas, Araceli, Dumaran, Cuyo, Agutaya, Magsaysay, Cayancillo, and San Vicente, meanwhile, will be included under the province of Palawan Oriental.

Lastly, the province of Palawan del Sur will be composed of the municipalities of Aborlan, Narra, Quezon, Rizal, Espanola, Brooke’s Point, Bataraza, Balacbac and Kalayaan.

Click here to check PDF copy of the law

However, the three provinces will only be created upon the approval by the majority of affected residents when they vote during a plebiscite set on the second Monday of May 2020.

If approved, the election of provincial officials of the newly created provinces shall take place on the second Monday of May 2022.

The incumbent representatives of the present province of Palawan, meanwhile, shall continue to represent their respective legislative districts until the next election day.

Senator Sonny Angara, who endorsed the bill, earlier said that splitting the province into three will comply with the requirements for a province set by the Local Government Code.

“If we speak of economic potential, Palawan is a powerhouse. Its local growth rate has been clocked at bristling 7 percent per annum for many years now,” he said. /jpv 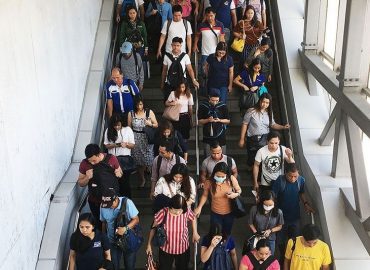