MALACAÑANG ANNOUNCED on Wednesday that President Rodrigo R. Duterte has signed into law the Philippine HIV and AIDS Policy Act of 2018.

Presidential Spokesperson Salvador S. Panelo said in a statement that the new law, which mandates the government to strengthen its programs to effectively prevent the spread of the Human Immunodeficiency Virus-Acquired Immune Deficiency Syndrome (HIV-AIDS) in the country, was signed “last December 20.”

“We consider its enactment and signing timely and relevant on account of the report of the Department of Health disclosing that our country has the highest percentage relative to the increase of new HIV cases in the Asia-Pacific region from 2010 to 2016,” he added.

The Palace also cited lawmakers and stakeholders “who immensely contributed to the passage of an updated legal framework addressing HIV and AIDS.”

“This piece of landmark legislation will significantly reduce the stigma of people living with HIV or AIDS,” Mr. Panelo said.

He also said the Palace will release a copy of the law as signed by Mr. Duterte “once it has undergone appropriate documentation by the Office of the President.”

For her part, Senator Risa N. Hontiveros-Baraquel, the principal author and co-sponsor of the law, said in a statement: “With the signing into law of this measure, we now have a modern policy to curb the prevalence of HIV and AIDS in the country. In September of last year alone, there were 954 new cases of HIV in the country, many of which involved young people. With this law, the government can now effectively update and upgrade its response to this growing problem.”

She noted that the Philippines is “the only country in Southeast Asia where the number of new cases is on the rise, and where there has been a 170% increase among those aged 15-24.”

“The measure provides young Filipinos with the correct information and healthy values that will protect them from the disease,” she added. 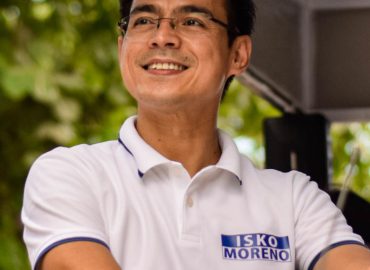