President Rodrigo Duterte revamped the Office of the Cabinet Secretary (OCS) on Wednesday and transferred some agencies under its supervision to other departments.

Duterte announced the revamp as he issued Executive Order 67 signed on October 31. He also reverted the OCS to its old name — Cabinet Secretariat.

Former Cabinet Secretary Leoncio “Jun” Evasco used to head the OCS, but he resigned to run as Bohol Governor in the May 2019 midterm polls.

Evasco, who assumed the post in 2016, used to supervise 12 agencies. But Duterte transferred the jurisdiction of the National Food Authority and the Philippine Coconut Authority to the Department of Agriculture through EO 62 he issued in September.

Meanwhile, the National Anti-Poverty Commission, National Commission on Indigenous Peoples, and the Presidential Commission on the Urban Poor were transferred to the Department of Social Welfare and Development.

He said the functions of the OPG would be absorbed by the DILG.

“There is a need to further rationalize the OP (Office of the President) Proper to strengthen its oversight functions over the executive department and further streamline the relevant mandates of its own offices for improved coordination and collaboration, consistent with the right-sizing policy of espoused by the administration,” Duterte said in his order.

He added that the Cabinet Secretariat “shall serve as the head secretariat of the different Cabinet cluster secretariats. In such capacity and in aid of its functions as defined herein, it shall continue to participate in Cabinet cluster meetings, as well as in the National Economic and Development Authority Board and committee meetings.”

The Presidential Management Staff would “monitor the implementation of presidential directives, Cabinet decisions, and Cabinet cluster directives, instructions, and commitments, and provide the Executive Office with policy inputs on the management of affairs of the government.” 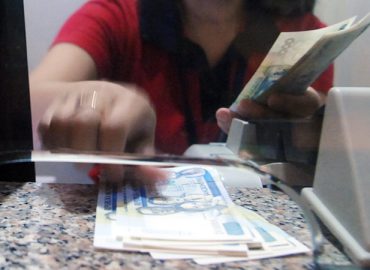 Lifting of bank secrecy ‘possible’ in the Senate