There will be no lifting of bank secrecy for tax purposes and no general tax amnesty in April, the deadline for filing of income tax returns.

President Rodrigo Duterte has vetoed a provision in Republic Act (RA) No. 11213, or the Tax Amnesty Act of 2019, granting amnesty to people who failed to pay correct taxes in 2017 and before.

The previous tax amnesty covered the taxable year 2005 and before.

A general amnesty is supposed to cover all unpaid internal revenue taxes, except customs and import duties on imported goods.

“The President was constrained to veto the portion of the law covering the general amnesty because of the lack of provisions breaking the walls of bank secrecy, setting the framework for complying with international standards on exchange of information, and other safeguards against those who abuse by declaring untruthful assets or net worth,” said Finance Secretary Carlos Dominguez III.

Only the Philippines and Lebanon still restrict access to bank accounts, he noted.

The estate tax amnesty will allow the government to collect just 6 percent of the net undeclared estate tax for those who died before Jan. 1, 2018.

The amnesty on delinquencies, which had not been included in previous tax amnesties, will allow the payments of a lower amount of interest and surcharges for final assessments that taxpayers can no longer appeal.

It will offer a rate of 50 percent on basic tax, excluding interest and surcharges.

As for taxpayers already facing criminal cases in court, the government will slap them with 80 percent of the basic tax.

Had the President not vetoed the general tax amnesty provision, it would raise only P6.8 billion in additional revenue, lower than the P13.6 billion if safeguards were in place, according to Dominguez.

“For 2019, there would be an indirect revenue loss of around P53 billion from enforcement activities if the general tax amnesty was not vetoed,” he said.

Lifting bank secrecy and allowing the automatic exchange of information, however, would have generated up to P76.6 billion in direct and indirect revenues in the next five years, Dominguez said.

But in November, Dominguez warned that a general tax amnesty may be delayed if Congress did not pass it together with the automatic exchange of information and lifting of bank secrecy for tax purposes as part of the proposed tax reform package 1B.

Package 1B is an offshoot of the Tax Reform for Acceleration and Inclusion (TRAIN) Act that Mr. Duterte signed in December 2017.

The finance secretary said the President “also vetoed the provisions stating that there be a one-time settlement of estates for those properties under multiple unsettled estates.”

Citing the President’s veto message, Dominguez said “the 6-percent rate for property values at the time of death is ‘more than a fair imposition already’—it is already quite generous.”

He said allowing the one-time settlement of estates would erode revenues from this measure.

“We see that it is also unfair to those that have properly settled their estates early and have paid at each stage of transfer.”

The President also vetoed the provision on the presumption of correctness of estate tax amnesty returns.

“The President has always had a strong stance against wrongdoers—thus, accountability is very important in this grant. When one avails [himself] of the amnesty, the government should be able to verify his declarations,” Dominguez said.

Moving forward, the secretary said the Department of Finance would work with legislators to pass a separate general tax amnesty law “if not in this [17th] Congress, then in the next.”

“We shall work with them, like we always have, to have it passed immediately,” Dominguez said.

He added that “implementation may still be within the year so revenues will come in.”

Dominguez said the amnesty on estate taxes would allow those who would avail themselves of it to “free up property that have long been estate-locked and allow heirs to make good economic use of the properties they have inherited.”

He said the amnesty for tax delinquents would allow those with long overdue liabilities and pending criminal cases to start anew, scot-free.

“We hope that in availing [themselves] of this amnesty—a very, very generous reprieve from the state, taxpayers would feel more encouraged to pay the right taxes, and be more empowered to be good taxpayers in the future,” he said. /atm /pdi

Ban on job order workers detrimental to delivery of service 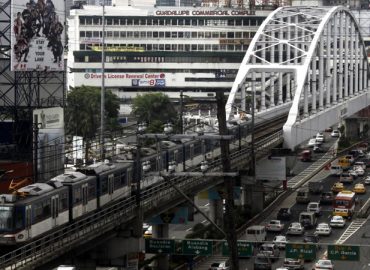