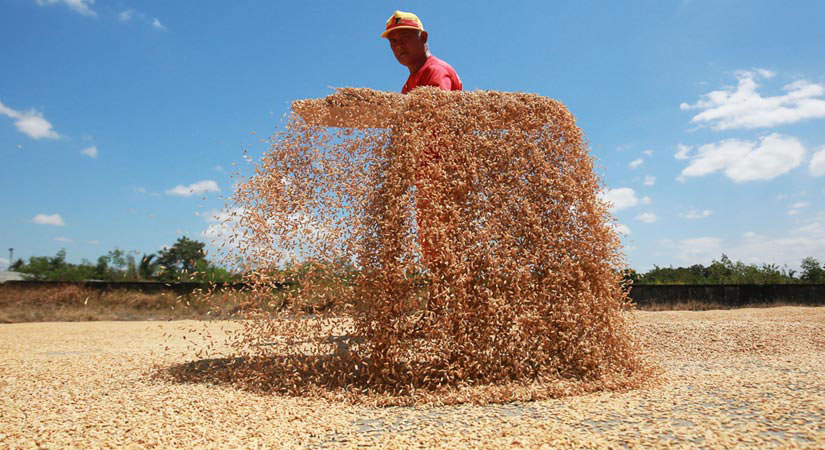 In a mobile phone reply to confirm news reports in the morning that William D. Dar has been appointed as Agriculture chief, Executive Secretary Salvador S. Medialdea clarified: “as Acting Secretary.”

Mr. Duterte announced last month that Secretary Emmanuel F. Piñol would be transferred to the helm of the Mindanao Development Authority to be his “point person” in matters pertaining to the newly established Bangsamoro autonomous region.

In a telephone interview, Rolando T. Dy, who serves as co-vice chair of the Management Association of the Philippines’ AgriBusiness Committee and executive director of the Center for Food and AgriBusiness of the University of Asia & the Pacific, said of Mr. Dar’s appointment to the Department of Agriculture (DA): “There’s no other alternative. He is the best alternative.”

Mr. Dy noted that Mr. Dar “headed the International Crops Research Institute for the Semi-Arid Tropics for 15 years in India; he was executive director of Philippine Council for Agriculture, Aquatic and Natural Resources Research and Development; he was director of the Philippine Bureau of Agricultural Research in 1998; and he was acting DA secretary from 1998 to 1999.”

“So he has the experience and he also has Ph.D. in Horticulture from the University of the Philippines Los Baños.”

Asked on challenges that await Mr. Dar at the Agriculture department, Mr. Dy said: “You know the Department of Agriculture is a broken bureaucracy. It has been underperforming for a long, long time… and it continues now.”

He added that “the main problem is that the rural poverty incidence in the country is 30%, which is more than two times that of Indonesia, Vietnam, and Thailand. So what does that mean? We have low agricultural productivity… and it causes rural poverty.”

Mr. Dy also noted that if Mr. Duterte wants to leave behind a “major or a lasting legacy,” he has to “reduce rural poverty, which means he has to address agricultural productivity and diversification and that means not only appointing a good agriculture secretary, but also fixing the agriculture department’s institutional structure.”

“So ano ang mga challenges natin (what are the challenges we face):… agriculture is in the doldrums, not doing well. Our tree crops, our coconut, rubber, coffee, etc, are not doing well. So hindi lang (It’s not only) rice [that] is not doing well. In fact the greater problem is in other crops, fisheries and aquaculture,” Mr. Dy explained.

“So it’s a good opportunity, it’s good that the President appointed an experienced man. But Secretary Dar has also to address the institutional bureaucracy so that the delivery of support services to the farming communities will be addressed.”

Samahang Industriya ng Agrikultura Chairman Rosendo O. So said in a phone interview: “It is good news for the agriculture sector,” describing Mr. Dar as a “good choice by the President.”

“We welcome the appointment of Secretary Dar because this administration has only three years to go and we need a secretary with the knowledge in agriculture, and we believe that Secretary Dar is the right person to be the Secretary of Agriculture.”

In a mobile phone message, Finance Secretary Carlos G. Dominguez III, who served as Agriculture chief from 1987 to 1989, said: “William Dar has the educational qualifications, domestic and international experience in the field of agriculture.”