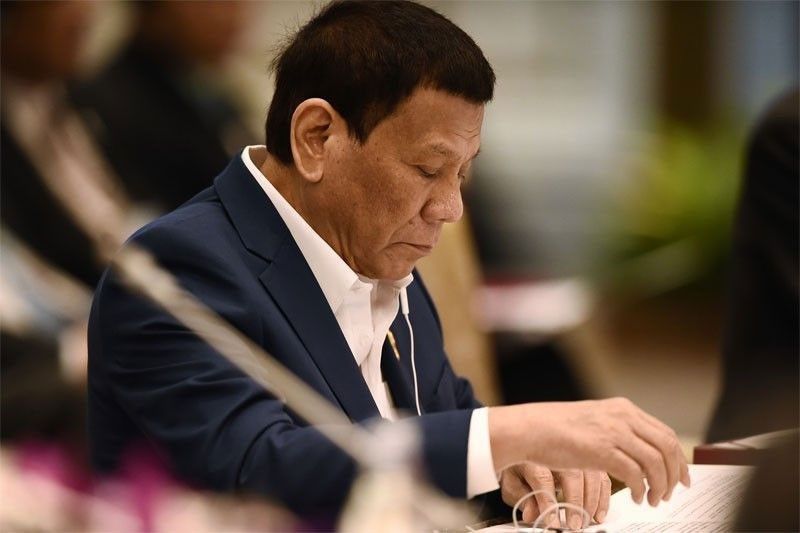 MANILA, Philippines — President Duterte is in good condition and healthy enough to push through with his trip to Thailand this week to attend the Association of Southeast Asian Nations (ASEAN) summit, Malacañang assured world leaders yesterday.

Some world leaders have expressed concern over Duterte’s health after he fell off his motorcycle within the Presidential Security Group compound at Malacañang earlier this month.

Speculations about the 74-year-old President’s health mounted after he cut short his trip to Japan due to what his officials described as “unbearable pain” in his lower back. Duterte visited Japan this month for the fourth time to attend the enthronement of Japanese emperor Naruhito.

Presidential spokesman Salvador Panelo said it is natural for fellow leaders to be concerned about Duterte because they admire his “courage” and “political will.”

Panelo said in a radio interview that they have assured the world leaders that the President is OK. “He is not doing anything that would worsen his ailment. He is seeking medical attention,” he added.

Panelo said the President already underwent the necessary examinations, and that the excruciating back pain he experienced was actually muscular spasms and nothing serious.

After he was given a clean bill of health, the President again rode on his big bike late last week going around Malacanang grounds.

Asked if Duterte would still attend the ASEAN summit in Thailand, Panelo replied: “Yes, it will push through.”

Pressed whether the President would attend all meetings in the regional summit, the presidential spokesman said: “He will decide when the time comes. But the fact alone that he agreed to push through with his trip to Bangkok, that means he is OK.”

However, it still remains uncertain if the President will attend the 2019 Asia-Pacific Economic Conference (APEC) in Chile later in November.

Travel to Chile takes more than 30 hours and should the President push through with his attendance at the APEC Summit, he will be taking an overnight layover somewhere for his flight.

“The constitutional requirement, as I have repeatedly said, covers serious illnesses of the President. The fact alone that it was just a muscle spasm, that means it’s not life-threatening,” he said.

Panelo noted that Duterte visited the wake of the late senate president Aquilino Pimentel Jr. and rode a motorcycle in Malacañang after arriving from Japan. He said the President would also be attending various events this week.

“The fact alone that we saw the President attending events shows that he is OK. Otherwise, he would not attend these events,” he said.

Federalism to speed up economic dev’t in Eastern Visaays — ConCom