The House of Representatives will be scrutinizing anew the proposed expenditures of three government agencies, which are known to handle the “pet projects” of congressmen, following its dispute with the Department of Budget and Management (DBM) over the P3.757-trillion national budget for 2019.

House Majority Leader Rolando Andaya Jr. on Sunday reiterated that his colleagues were not totally against the cash-based budgeting policy adopted by Budget Secretary Benjamin Diokno in crafting next year’s appropriations.

He, however, said such expenditure system might not be applicable to all types of government projects, particularly those that would take years before completion and required the traditional obligation-based budgeting.

“It’s just in the title and both parties know that. So we’re moving toward a hybrid type,” he added.

The three agencies, which suffered the biggest budget cuts in the 2019 proposed national appropriations program, were the government agencies that lawmakers usually use as conduits for their congressional projects.

“We want to know what happened and why such policy was needed. We want to know which projects were not funded, why there was a [budget] ceiling and what explanation they gave [to the DBM],” Andaya said. 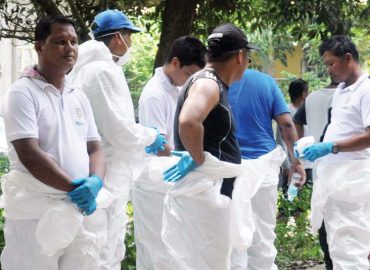