THE Department of Labor and Employment (DoLE) said it will be studying a possible subsidy for the more than 3,000 workers of Hanjin Heavy Industries and Construction Corp. Philippines (HHIC-Phil) but will need funding assistance from Malacañang.

Labor Secretary Silvestre H. Bello told reporters the department is still evaluating its ability to provide a subsidy to workers of HHIC-Phil, which defaulted on its loans.

“We will study the subsidy because we still don’t have funds for it,” Mr. Bello said.

He is waiting for the Office of the President to intervene, citing as precedent the aid extended to workers on Boracay when the resort island was shut down for six months last year.

“Even though we had no funding for Boracay the Office of the President gave us enough to aid 19,000 workers for six months. This is a smaller number of workers, just 3,000,” Mr. Bello said.

On Monday, Mr. Bello spoke with members of Samahan ng Mangagawa sa Hanjin Shipyard (SAMAHAN). They discussed the benefits available to the workers once their work contracts expire on Feb. 15.

The union’s president Efren Vinluan told reporters on Monday that he is confident DoLE will deliver on its promises, including the payment of separation pay and possibly subsidies,” Mr. Vinluan said.

Mr. Bello said he plans to talk to HHIC-Phil regarding the workers’ separation pay and PAG-IBIG benefits.

Mr. Bello noted that the workers of HHIC-Phil are highly skilled, adding: “Their minimum wage is P800 to P1,000 a day.” He said that the shipyard’s workers are in high demand from both the public and private sectors.

He said DoLE will profile the workers for job matching on or before the contracts expire.

“By that time, we will have an idea where we will send them,” Mr. Bello said. — Gillian M. Cortez 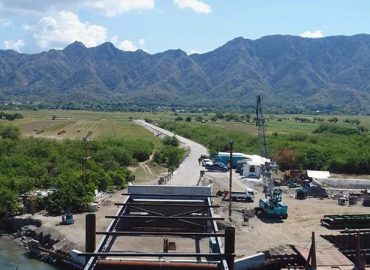