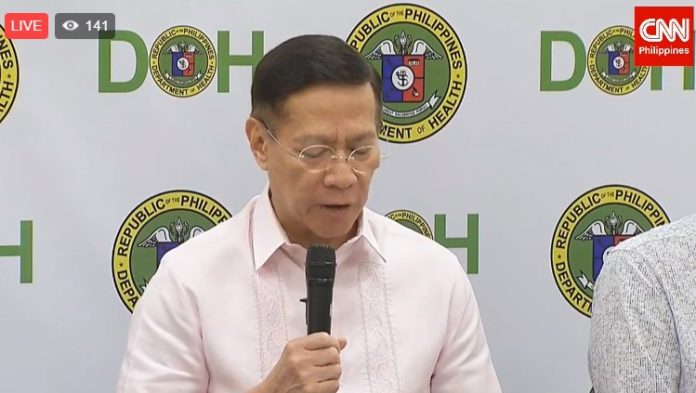 Duque listed among the regions which have exceeded the epidemic threshold Mimaropa (Region 4B), Western Visayas (Region 6), Central Visayas (Region 7) and Northern Mindanao (Region 10). The health chief disclosed that clustering of cases must be identified by the Deparment of Health (DOH) regional office as a basis for declaring a localized epidemic at the barangay level.

In coordination with the National Disaster Risk Reduction and Management Council, through Undersecretary Ricardo Jalad of the Office of Civil Defense, the code blue alert has been activated. DOH as lead agency will be convening the NDRRMC Health Cluster.

Duque explained that dengue cases have been observed to peak every  three to four  years. He added that early detection and proper case management can prevent deaths. The last peak occurred in 2016, and given this pattern, the DOH expects an increase in cases this year.

Dengue is a viral disease with no known vaccine or specific antibiotics. Effective surveillance can also help in reducing cases and deaths if areas with clustering of cases are identified early.

Signs and symptoms of disease are severe headache, pain behind the eyes, severe joint and muscle pain, fatigue, nausea, vomiting and skin rashes.