The Department of Finance (DOF) has urged economists to support the second package of the Duterte administration’s Comprehensive Tax Reform Program (CTRP), which aims to cut the corporate income-tax (CIT) rate and harmonize fiscal incentives.

During a lunch meeting on Wednesday, Finance Secretary Carlos G. Dominguez III told the economists that Package 2 of the CTRP will improve the corporate tax system. Dominguez noted that only a select group of top enterprises enjoy preferential CIT rates of 6 percent to 13 percent while many small and medium enterprises (SMEs) pay the regular rate of 30 percent.

“Our fiscal incentives regime give so much to a select few and asks so little from them, like promising forever to neglectful partners while the country fails to provide enough to secure the future of its own children,” the DOF told the economists representing various multilateral and local institutions at the Philippine International Convention Center (PICC).

Based on 2015 data made available through the Tax Incentives Management and Transparency Act (Timta), about P301 billion in income and value-added taxes (VAT), along with customs duty incentives were given to enterprises registered with the various investment promotion agencies (IPAs).

Preliminary data for 2016 also showed that the government gave away P75 billion more in income and customs duty incentives compared to the previous year.

Dominguez said these tax perks do not yet include foregone local taxes and estimates on revenue leakages.

“These initial findings underscore the importance of what we seek to achieve with Package 2. We should reorient our incentives regime to put into place the key ingredients of inclusive growth: the creation of good jobs for the Filipino worker; stimulating local economies, especially in lagging regions; and promoting research and development,” he added.

“It is in this historic moment that a statement of support from you, our country’s eminent economists, for the second tax-reform package would be most welcome as those who benefit from the status quo are quite active and vocal in their opposition [of this reform],” he said.

Dominguez said the five basic proposals under CTRP 2 are:

Dominguez said the DOF is “encouraged” by the passage of the first package of the CTRP, or the Tax Reform for Acceleration and Inclusion (TRAIN) law. He said, however, that the DOF is aware that it needs to redouble efforts as Congress deliberates on Package 2.

“Your efforts in this and in previous administrations have laid the foundations of a corporate tax system that will be fairer to all and more beneficial to our fellow Filipinos. The Timta law, a legislative victory of our immediate predecessor, has started to illuminate the dark corners of our labyrinthian incentives’ regime,” he added.

Aside from having the highest CIT rate of 30 percent in the region, the country’s corporate tax system is also plagued with structural defects, such as having 14 IPAs and 315 laws outside the national tax code that grant both investment and non-investment incentives to businesses.

“The time has also come for those who do not seek to achieve these aims, and who have been enjoying more than their fair share for two, three or even four decades, to share, in turn, with those who are committed to generating social returns,” he said.

The lunch was attended by Yasuyuki Sawada, chief economist of the Asian Development Bank; Luis Breuer, division chief of the International Monetary Fund; former Finamce Undersecretary Romeo Bernardo; Prof. Dante Canlas of the University of the Philippines School of Economics (UPSE) and president-CEO of the Philippine National Oil Co.’s Alternative Fuels Corp.; Gerardo Sicat, professor emeritus of the UPSE and the first director general of the National Economic and Development Authority (Neda); Gilberto Llanto, board member and former president of the Philippine Institute for Development Studies; Renato Reside, assistant professor of the UPSE; Monetary Board members Prof. Felipe Medalla and Dr. Bruce Tolentino; and Philippine Competition Commission Chairman Arsenio M. Balisacan, who is also a former director general of the Neda. 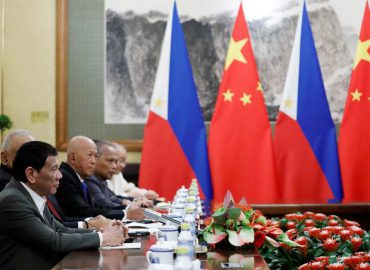