Image Credit to The Times of Israel

THE GOVERNMENT hopes to set up an exchange program with Israel for Finance department officials, the Department of Finance (DoF) said in a statement over the weekend.

“I want to step up our scholarship program… to send our students abroad. So far we have sent them to the US, Australia and the UK. We also sent them to Japan and South Korea. I want to expand. We will explore that with your staff. I want to look at an agri-economics program, finance and economics for DoF personnel who can be sent to Israel,” Finance Secretary Carlos G. Dominguez III was quoted as saying.

The statement was issued after his meeting with Israeli Ambassador to the Philippines Ephraim Ben Matityau last month, with the DoF saying that he “expressed openness” to the idea.

According to the DoF, Mr. Matityau said the proposal was “very good,” pointing out that Israel’s high-technology financial system “is probably the most significant contribution we can give in a manner of exchange and partnerships.”

Mr. Matityau said that Israel has been conducting the exchange program with the Philippines’ private sector.

He said that about 12 operators of start-up firms went go Israel to learn about the country’s Fintech system.

The DoF also said that Israel also invites students of agriculture from Mindanao and other parts of the country to on-the-job-training programs to learn about the country’s advanced farming and production technologies.

Mr. Dominguez meanwhile said Israel can send their treasury personnel here to train with the Philippines’ Bureau of the Treasury (BTr).

The DoF was also among the beneficiaries of postgraduate studies programs under the Australia Awards Scholarships, and several scholarship grants from the United States and the United Kingdom. — Elijah Joseph C. Tubayan 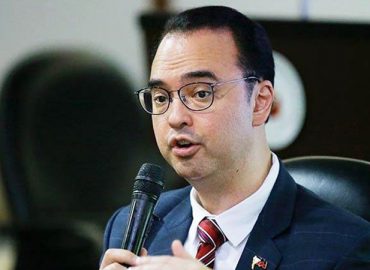