By Mayvelin U. Caraballo, September 12 2018; The Manila Times

The government will prioritize the development of the Clark International Airport and a planned “city of the future” amid San Miguel’s unsolicited P735-billion Bulacan airport project, a Cabinet official said.

“It’s obvious. Our priority—and we have put money in it—is the Clark Airport and the New Clark City development,” Finance Secretary Carlos Dominguez 3rd told reporters in an interview.

Dominguez’s statements followed testimony during a Senate hearing where he expressed concerns over the capability of a San Miguel unit to complete the Bulacan project, which like Clark is being positioned as an alternative to Metro Manila’s congested Ninoy Aquino International Airport.

The Clark airport is currently being expanded with the Megawide-GMR consortium having won the bidding with a P9.36-billion offer, lower than the government’s projected cost of P12.55 billion. The project is the first “hybrid” project under the “Build Build Build” program.

The Finance chief reiterated concerns as to how San Miguel’s Bulacan airport project, which has been approved by the National Economic and Development Authority Board, would affect the government’s New Clark City development.

“The asset value of the New Clark City is estimated at $14 billion. My job is to see its increase and not decrease. Those are the decisions we have to make,” he said.

“You have to evaluate the entire impact. What’s the impact on transportation, passengers. Are there alternatives, where you can put that and would [these]not affect the property?,” Dominguez continued.

New Clark City — located within the Clark special economic zone spanning Angeles City ​in Pampanga and the towns of Capas and Bamban in Tarlac — is one of the 75 flagship projects under “Build Build Build”.

New Clark City will host the National Government Administrative Center where several state agencies will relocate. It will also house back-up facilities for the bureaucracy to ensure operational continuity in the event of a major calamity in Metro Manila.

World-class sports facilities will also be built in time for the country’s hosting of the Southeast Asian Games in November next year.

On Monday, Dominguez called on San Miguel to guarantee the work to be done by unit San Miguel Holdings Corp. (SMHC), which he said “is financially at this point incapable of undertaking a P700-billion project.”

SMC quickly replied that it would “abide by the Department of Finance’s demands.” 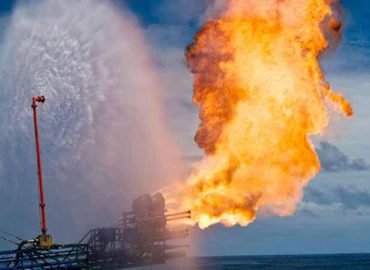