BUDGET Secretary Benjamin E. Diokno on Tuesday dismissed as a distraction the allegations made by former Chief of the Office of the Government Corporate Counsel (OGCC) Rudolf Jurado that he and Finance Secretary Carlos G. Dominguez III removed the bidding process on the Nayong Pilipino contract.

Diokno said the OGCC governing board has the “full responsibility and accountability for its decisions.”

“We should not distract ourselves from the main issue here,” he said in a statement.

The controversy stemmed from the Contract Review by the OGCC where Jurado cited Governance Commission for GOCCs (GCG) Memorandum Circular (MC) 2018-02 as the basis for allowing the Nayong Pilipino Foundation Inc. (NFPI) to lease the land even without public bidding.

But the Department of Budget and Management (DBM) said Jurado’s position “contradicts” the review of the facts and law on the matter.

“In fact, an investigation by the Department of Justice concluded that the NFPI lease contract with Landing Resorts Philippines Development Corp. is void ab initio or has no legal effect from the beginning,” the DBM said.

The DBM also noted the DOJ report stated the contract is a build-operate-transfer contract disguised as a lease contract, the implication of which is that the same should comply with the BOT law, which includes public bidding.

During the interview, Jurado cited GCG MC 2018-02, which revoked a prior MC 2013-03 (Re-Issued), which specifically provides for the public bidding requirement for land bigger than a hectare to be leased for more than 10 years.

“The revocation was misconstrued by Jurado to mean that public bidding is no longer necessary,” the statement read.

“This was reiterated in GCG MC 2018-02, which expressly recognized that though the proposed Major Development Projects and Contracts of GOCCs lie within the sound business judgment of the respective governing boards of the GOCCs, they are still mandated by existing laws, rules and regulations to exercise extraordinary diligence in the conduct of business and in dealing with the properties of their respective GOCCs,” it added.

In fact, the Governing Boards of GOCCs are constituted under Republic Act 10149, or the GOCC Governance Act of 2011, as “fiduciaries of the State,” with the “legal obligation and duty to always act in the best interest of the GOCC, with utmost good faith” and who “must exercise extraordinary diligence of a very cautious person with due regard for all the circumstances,” DBM said.

“Moreover, GOCCs are required to secure a favorable legal opinion/contract review by the OGCC before entering into the said agreements and not merely rely on GCG MC No. 2018-02. As such, there is no such blame to be shifted in this instance; the NFPI Board and OGCC have the last say on the matter,” the statement read.

Jurado was fired by President Duterte in May for allegedly issuing a legal opinion allowing the Aurora Pacific Economic Zone to approve a 75-year permit to a casino operator. 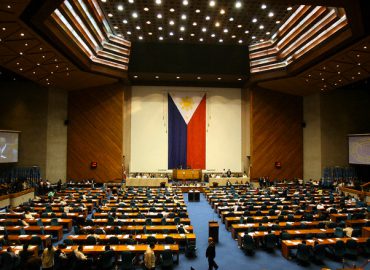