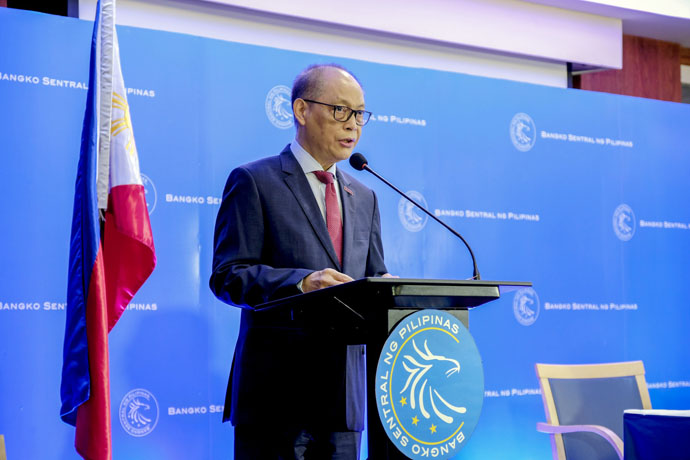 The Philippines may finally acquire its highest “A” sovereign credit score by 2021 where its ROP bonds and other issuances will be more attractive to global investors looking for manageable risks, according to the highest ranking Bangko Sentral ng Pilipinas (BSP) official.

“I think an upgrade to ‘A’ level is possible in two years’ time. That’s our target,” BSP Governor Benjamin E. Diokno said.

The global rating agencies primarily the “Big Three” such as Standard & Poor’s (S&P), Moody’s and Fitch Ratings, have all rated the Philippines as an investment grade economy with a Triple “B” credit score which is already investment grade but a lower medium grade.

A higher score in the “A” level is considered upper medium grade while a Double “A” is a high grade investment rating.

“The rating agencies are very cautious now because of what happened to the global financial crisis (2008-2010). They got embarrassed. So now, they are very careful,” the BSP chief said.

The New York-headquartered S&P is the latest credit watchdog to implement a ratings upgrade. At the end of April, S&P upgraded the country’s credit score to “BBB+Stable” which is just a notch away from the “A-” level. In fact, Diokno said the Philippines’ first upper medium investment grade will likely come from S&P first.

S&P noted the country’s improved creditworthiness and highlighted infrastructure reforms already done, progress in the tax reform laws, the rice sector liberalization and the BSP’s amended charter for a stronger central banking operation. It said that the “Philippines has above-average economic growth, a healthy external position, and sustainable public finance.”

S&P also said that the stable outlook on the rating “reflects our view that the Philippine economy will maintain its momentum over the medium term, in combination with contained fiscal deficits and stable public indebtedness.”

The Philippines’ current Triple “B” credit rating status with a stable outlook means that while external factors could hamper progress, the country’s ability to pay its obligations are intact.

“An obligation rated ‘BBB’ exhibits adequate protection parameters. However, adverse economic conditions or changing circumstances are more likely to weaken the obligor’s capacity to meet its financial commitments on the obligation,” according to S&P. However, a stable outlook usually means the credit ratings will not likely change or be upgraded anytime soon.