Although Congress removed the provision that sought to implement a cash-based budget under the 2019 general appropriations bill, Budget Secretary Benjamin Diokno on Wednesday said the new budgeting system would be practiced this year.

At a press conference, Diokno pointed to Section 36, Chapter 5, Book VI of Executive Order No. 292, or the Administrative Code of 1987, as the legal basis for implementing cash-based budgeting.

Diokno said this would be sufficient, pointing out that the content and form of the budget is an executive decision.

But he said that if needed, an executive order to be issued by President Rodrigo Duterte would suffice to shift from the current obligation-based budgeting system.

Should legislators challenge the new budget system, Diokno said the Department of Budget and Management (DBM) was “prepared” and would enlist the Office of the Solicitor General as its counsel.

Not subject to veto

Diokno acknowledged that since the provision on cash-based budgeting was removed in the bicameral version of the general appropriations bill for the proposed P3.8-trillion national budget, it could not be subject to a veto by the President as vetoes were meant to remove provisions, not reinstate them.

The DBM has yet to receive an enrolled copy of the bill, but once it gets a copy, the agency will come out with a line-by-line statement of difference and submit it to the President for his consideration, according to Diokno.

An enrolled bill is the final copy of the measure that the House of Representatives and Senate have approved. The President has yet to sign the budget measure into law.

For Diokno, implementing the cash-based budget will help the country “catch up with the rest of the world,” especially in terms of building infrastructure.

“We included cash budgeting as a general provision in the proposed budget because we want this to be the usual practice from hereon in,” he said.

He is pushing for the cash-based system, under which contracts of up to 12 months must be fully delivered by the end of the fiscal year.

Speedier use of budget

In contrast, the current obligation-based budget allows contracts awarded under the current year’s budget to be delivered until next year.

Diokno said shifting to cash budgeting would quicken government’s use of the budget.

It will also promote discipline since agency heads will only propose projects and programs that are implementation-ready.

Diokno said a cash budget was a more transparent way of budgeting since the annual budget would more clearly show how much financial resources the government was spending yearly for goods and services.

The budget chief said some lawmakers were possibly misinformed on cash budgeting despite DBM efforts to educate them.

One prevalent misconception on cash budgeting that made the rounds in congressional hearings until recently was that cash budgeting would limit agencies to projects that could be implemented only within the year.

“As a result, as some legislators fear multiyear projects would have to be divided into several single-year contracts,” Diokno said.

Under cash budgeting, multiyear projects may still be awarded as multiyear contracts.

However, the projects will have to be budgeted annually based on what the contractors are expected to deliver by the end of the fiscal year, the DBM chief said.

“In other words, projects have to be included in the budget for every year of implementation to ensure payment for deliverables by the end of the year,” he said.

Diokno said that should a contractor fail to deliver the goods or services expected by the end of the year, payment for these would have to be set aside in the next fiscal year. —With Inquirer Research 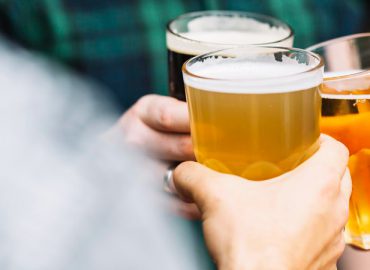