FORMER Chief Justice Reynato S. Puno tried to sway doubters of federalism with an impassioned speech on Tuesday, but apparently could not shake business executives from their fears over the cost and risks of shift to a federal system.

At the sidelines of a forum, Management Association of Philippines (MAP) President Ramoncito S. Fernandez said his group is standing by its belief that the fiscal cost of federalizing the country must be looked at. This came even as Puno, chairman of the Constitutional Committee tasked to review the 1987 Constitution, explained the salient details of the proposed new Charter.

However, Fernandez made it clear that MAP has yet to issue an official statement on whether it is for or against federalism. The group is still conducting a series of forums with constitutionalists, present and former alike, and experts to discuss the nitty-gritty of the shift.

“At this point, MAP still has not made an official statement on whether it is pro or against the change of government. What we have signified and made public statements [about] was our concern on the economic cost of the shift, which, according to [the former] Chief Justice, they will try to flesh it out with economic managers,” Fernandez said.

“We have also scheduled a September 11 forum to listen to the other side with [former constitutionalist] Christian Monsod and [former finance chief] Gary Teves explaining the other parts of this change in government. We reiterate our concern on the potential high economic cost of the change in government,” he added.

During the forum, Puno pointed out the shift will result in a better business climate, as it will decentralize the powers and wealth of Metro Manila to other regions in a bid to spur growth and development.

However, MAP members raised their usual card that federalism might give local governments too much taxing power.

This was parallel to a statement the group, along with five other business organizations, released in June, criticizing the autonomy of federated regions to increase taxes at will.

The MAP members also grilled Puno over the fiscal cost of the shift, citing figures that such could amount to as much as P130 billion, per the National Economic and Development Authority. Fiscal deficit, on the other hand, could breach 6.7 percent, or way beyond the 3 percent objective of this administration’s economic team. 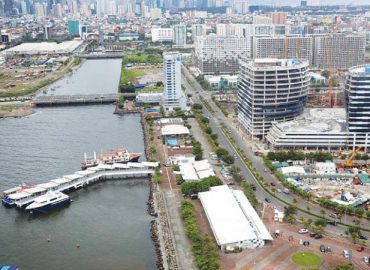