THE DEPARTMENT of Budget and Management (DBM) has raised the possibility of having a reenacted budget for 2019 in order to break the impasse with lawmakers on a new spending plan that will allocate funds only for projects or tasks that can be completed within next year.

Budget Secretary Benjamin E. Diokno said that the government cannot submit another version of the 2019 budget that is “obligation-based” — or with funding good for more than a year — which has been the practice to this year.

“We have already submitted (the budget). So they have two options: to not to pass the budget or pass with amendments. We cannot change it,” Mr. Diokno said in a phone interview on Sunday when asked whether his department can go back to square one.

The following year’s budget has always been a priority piece of legislation for any administration. The proposed P3.757-trillion 2019 “cash-based” budget — which takes into consideration implementing departments’ and agencies’ limited capacity to spend — is slightly less than the P3.767-trillion obligation-based budget for 2018.

The government of President Rodrigo R. Duterte has been clearing bottlenecks and cracking the whip on implementing offices to spend, resulting lately in the state finally hitting expenditure targets. Underspending had been a key weakness of the past administration, which had focused on improving revenues while checking spending, earning investment-grade credit rating for the Philippines.

“This week, we’ll explore our options. One option is a reenacted budget,” Mr. Diokno said, referring to a rollover of 2018’s amount.

Critics have blamed budget reenactment in the past for irregularities, since — among others — such measures provide funding even for projects that have been completed.

“I’m looking at the flexibility of the reenacted projects,” he added.

Lawmakers of both chambers, however, downplayed the possibility of a reenacted 2019 budget, saying the yearend target for enactment of a new budget should be met and that the DBM — and the Development Budget Coordinating Committee which it forms with the Finance department, the National Economic and Development Authority, the Office of the President and the central bank — has enough time to make adjustments.

Due to budget cuts for the Health, Education and Public Works departments under the proposed cash-based system, the House of Representatives Appropriations committee, chaired by Rep. Karlo Alexei B. Nograles of the first district of Davao City — Mr. Duterte’s hometown — has suspended budget hearings for now.

It has also circulated a resolution among House members to recall House Bill No. 7302 from the Senate which adopts the cash-based system and was authored by Mr. Nograles and House Majority Leader Rolando G. Andaya, Jr., among others. The House approved it in March.

Mr. Nograles sought to downplay the possibility of a reenacted budget for next year, saying there is still time to overhaul the 2019 proposal.

“When we crafted this budget schedule, we were under the assumption that we would be able to pass a 2019 General Appropriations Act by Nov. 30… (but) with this adjustment, okay lang, it’s still manageable,” Mr. Nograles said in an interview over radio station DzBB on Sunday.

“It will still be signed before December, before Christmas,” he added.

“I don’t think anybody should even discuss or think about the reenacted budget. Wala pa naman tayo d’yan (We’re not at that point yet).”

He told reporters in a mobile phone message on Saturday that “to be consistent with the position of the House to oppose cash-based budgeting, and since we will revert to obligation-based budgeting, we will give time to DBCC to make the necessary changes.”

Mr. Nograles said he was not opposed to a cash-based system per se.

“I’m saying cash-based is good; cash-based as a concept is fine…but maybe it is not the right time,” he said, noting that the new system imposes “fiscal discipline” across state offices.

“What we’re saying is baka we’re doing too many reforms too soon, hindi naka-adjust ang sistema.”

Senate finance committee chairman Senator Loren B. Legarda told reporters via text that the Senate “will continue with the budget hearings as scheduled”.

“I am confident that the House will resolve these concerns in due time.”

For Senate President Pro Tempore Ralph G. Recto, “It is the prerogative of the House to suspend hearings on the 2019 national budget.”

“We can only hope that after this pause, they can fast-forward their review so that the budget will arrive in the Senate as scheduled and will not jeopardize the traditional timetable of an enacted budget by the end of the year…,” Mr. Recto said.

“The Senate must continue with its parallel hearings on the 2019 budget.” — with Camille A. Aguinaldo and Charmaine A. Tadalan 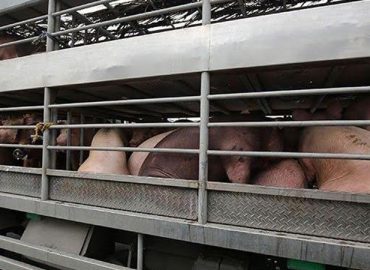 Pig farmers warned not to dump dead animals in rivers