Manila, Philippines — The economic team of the Marcos administration will likely revise upward its growth projection for the year following a surprising third quarter performance and as more upside risks are seen.

Budget Secretary and Cabinet-level Development Budget Coordination Committee chair Amenah Pangandaman answered in the affirmative when asked whether the DBCC would move to revise upward its gross domestic product (GDP) target for 2022.

“I think so, yes it will be revised upward. With the numbers we have now and everything is open, it is likely,” Pangandaman told reporters on the sidelines of the Pilipinas Conference 2022 of the Stratbase ADR Institute yesterday.

This comes after the third quarter GDP surprised with a 7.6-percent growth even with inflationary pressures and other external headwinds.

This effectively brought average GDP to 7.7 percent for the three quarters of the year. This is now above the 6.5 percent to 7.5 percent full-year assumption set by the DBCC in August.

Pangandaman said the DBCC will meet next month to discuss and revisit economic targets. While the revision has yet to be final, local economists said raising this year’s GDP goal is plausible.

Union Bank of the Philippines chief economist Ruben Carlo Asuncion said continuous mobility and the increase in domestic consumption due to seasonal reasons bode well for sustained domestic demand growth at least until the end of the year.

“This is also the first holiday season without restrictions since the pandemic started with some pent-up demand,” Ricafort said.

“There are still more upside surprises despite higher prices as being overshadowed by the economic reopening narrative, pent up demand and revenge spending and consumption,” he said.

Ricafort and Asuncion are looking at full year GDP growth of 7.8 percent to as much as eight percent.

Nonetheless, Asuncion still warned of risks including the continued aggressive move of the US Federal Reserve that delivered four consecutive 75-basis-point rate hikes over the past months.

Asuncion argued that once the impact of these rate hikes start kicking in, it would now be challenging to talk about robust economic growth as these would soften economic expansion.

“I think, for until the end of the year, it is still to proceed with caution. But once we see inflation, not just globally but most especially locally, reach its peak and an improvement in geo-political issues come about, this would indeed be a better situation for economic growth and recovery,” Asuncion said. 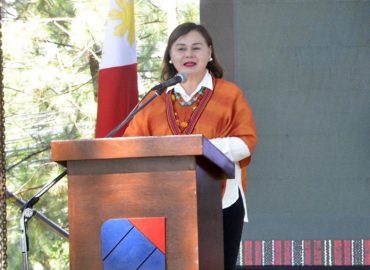