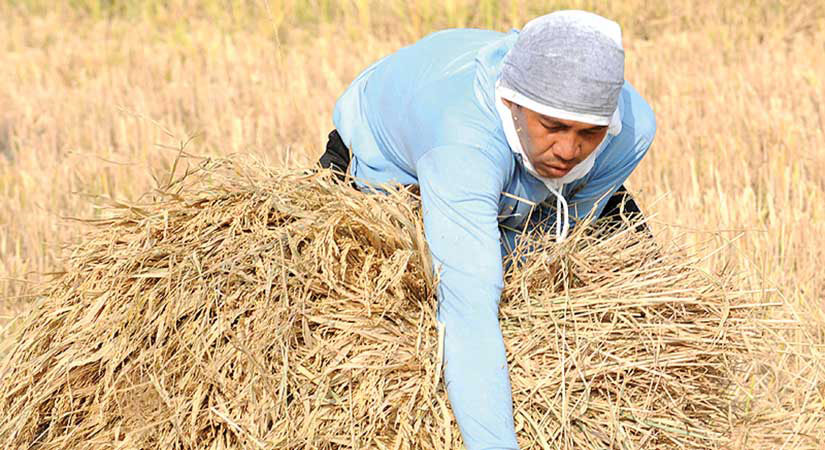 AGRICULTURE Secretary William D. Dar said the National Food Authority Council (NFAC) may remove the P3-per-kilogram incentive of the government for farmers who sell their unhusked rice to the state-run food agency.

Dar said reverting the National Food Authority’s (NFA) buying price for palay to P17.70 per kg, from the current P20.70 per kg, will allow the government to buy more rice from planters.

He said the incentives were approved by the NFAC to allow the food agency to compete with traders who bought local rice at higher prices.

“[The grant of incentives] was done during the crisis in 2018, so I think we will have to revisit that formally in the NFA Council,” Dar told reporters on the sidelines of a Senate hearing on Wednesday.

The NFAC approved the buffer stocking incentive (BSI) of as much as P3 per kg last October to help the NFA beef up its buffer stock, which was almost wiped out last year.

Sen. Cynthia A. Villar said it is high time for the NFA to remove the BSI since the 2018 “artificial rice shortage” is over.

“The buying price was increased because the private sector hiked their prices,” Villar said at the Senate Committee on Agriculture and Food hearing on Wednesday. “I think it is the right time to revert your buying price to P17.70 per kg since the problem last year is over.”

The NFA was able to purchase more palay from farmers after it raised its buying price to P20.70 per kg and became more competitive against traders.

At the hearing, Villar told the NFA to cut the price of rice it sells to local government units (LGUs) and other agencies to a range of P27 to P32 per kg, from the current P37 per kg.

Villar said LGUs and even private entities will buy more rice from the NFA and allow the food agency to roll over its funds.

“The LGUs [local government units] buy rice for their prisoners, for hospitals and disaster relief operations. And then [the NFA is] selling rice to them at a high price?” she said.

“Why doesn’t [the NFA] sell its stocks to LGUs? So remove that resolution that increased the selling price of rice sold to local governments,” she added.

During his first week in office, Dar said the NFAC will review the current price of the NFA for rice it sells to LGUs and private entities.

The NFAC hiked the food agency’s selling price by P10 to P37 per kg in May, in order to trim NFA losses as it incurred higher operating costs after implementing the BSI in October 2018.

NEDA rules out rice self-sufficiency policy on eve of tariffication